No. 1 Texas men’s golf tied for 12th after opening round at NCAA Championships 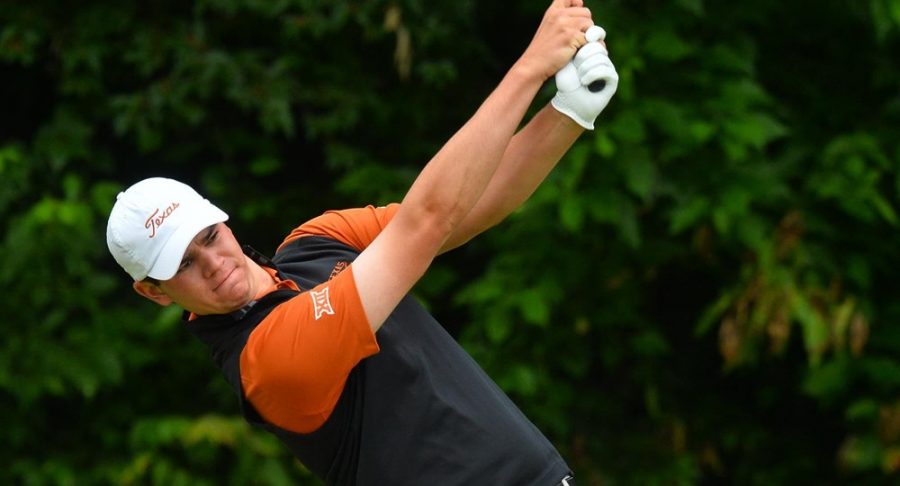 The Longhorns got off to a slow start at the NCAA Championships on Friday in Eugene, Oregon. Texas shot 9-over par in the opening round, sitting in a tie for 12th and seven shots off the lead.

“I think the biggest challenge at the national championship is the anticipation,” head coach John Fields said. “Getting started, you want to go out there and do your best. I think our guys just got off to a bit of a slow start, but then weathered the storm and got a solid round in.”

Junior Beau Hossler fired an even par 70 in the opening round and currently sits in a tie for 16th.

Sophomore Scottie Scheffler is tied for 52nd after shooting a 2-over 72. Sophomore Doug Ghim sits in a tie for 72nd after posting a 3-over 73. Redshirt sophomore Taylor Funk is at 87th and junior Gavin Hall is in 103rd.

“The course is difficult — you don't really know how it's going to play until you really get out there,” Ghim said. “It was nice to get a feel for it in competition, and I expect that we will play a lot better tomorrow.”

The Longhorns begin the second round at Eugene Country Club on Saturday at 9 a.m.

“We know what we are capable of as a team,” Funk said. “We have had seven wins this season and that's not out of luck. I think we will come out tomorrow and hopefully make a lot of birdies.”