Augie Garrido out as head coach 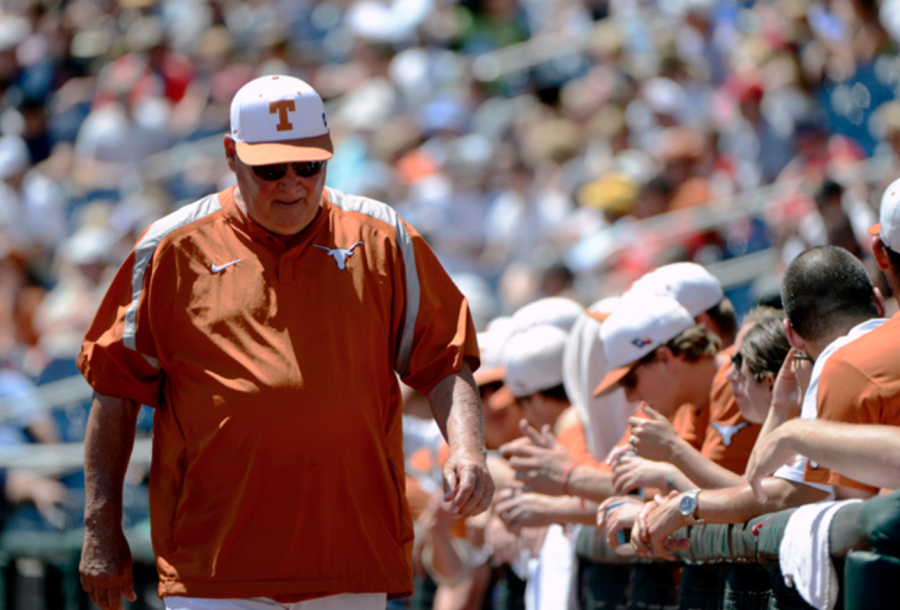 Augie Garrido is out as Texas’ head baseball coach. After 20 seasons as head coach of the Longhorns, Garrido accepted a position as special assistant to the athletics director on Monday. The move will force Garrido to relinquish his role as the Longhorns coach.

“I owe everyone at The University of Texas a million heartfelt thank you’s,” Garrido said in a statement. “I came here to serve and I am so proud to be able to continue to serve the University in my new role as special assistant to Mike Perrin.”

Garrido steps down as college baseball’s all-time wins leader with a record of 1,975–950–9 and as a five-time national champion. Prior to coming to Austin in 1996, Garrido served as head coach at Cal State Fullerton.

Texas ended the 2015 season with a losing record for the first time since 1998, salvaging its season with a surprising run to win the Big 12 Championship. Garrido looked to right the ship in 2016, but was unable to as Texas ended the year with a 25–32 record. The Longhorns reached the semifinals of the Big 12 tournament this year, but failed to advance to the NCAA Regionals.

“I am beyond appreciative of all that [Garrido] has done for Texas baseball and want to celebrate those successes,” Texas athletic director Mike Perrin said. “I’m happy he’ll be continuing to work with me as a special assistant and looking forward to working with him in that role.”

Garrido had expressed his hope to return for the final year of his contract in 2017.

“If I’m not back, it’s because I couldn’t control the decision that was made,” Garrido said following Saturday’s season-ending loss to TCU. “But trails end, baby. They all end.”