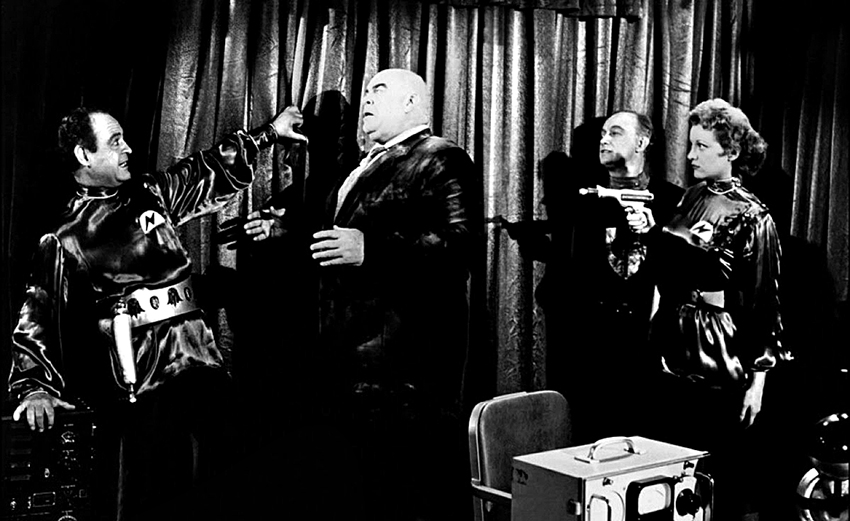 Among this year’s films are a slew of critical duds. From “Batman v Superman” to “Warcraft,” they join the ranks of movies that are long-remembered for being horrible. Here are three to avoid — or check out, if you dare.

Director Ed Wood is renowned for his special kind of incompetence, and “Plan 9 from Outer Space” is his magnum opus of awful.

Something is obviously wrong from the moment the movie begins: Viewers are introduced to a TV fortune teller, played by real-life mentalist Criswell, who claims “future events will affect you in the future.”  But viewers shouldn’t expect to see a story set in the future. According to Criswell, the events of “Plan 9” have already happened. Looks like you got punked.

Criswell recounts a tale in which aliens attack Earth by resurrecting the dead. What follows is a series of technical mishaps: A script sitting on an actor’s lap and a boom mic shadow are visible in one scene, and  the strings holding up the flying saucers are noticeable in another. When it comes to the acting, let’s just say the stars weren’t the most convincing.

Yet, “Plan 9” remains somewhat entertaining and charming. It is unintentionally hilarious and a classic so-bad-it’s-good movie. In a way, Wood made a masterpiece.

Wanting to cash in on the runaway success of “A New Hope,” CBS contacted George Lucas about producing a TV special.

The resulting abomination features the cast of the original “Star Wars,” and focuses on Han Solo’s (Harrison Ford) and Chewbacca’s (Peter Mayhew) journey to the latter’s homeworld of Kashyyyk, where they celebrate Life Day. Along the way, they encounter Stormtroopers hell-bent on capturing Chewie.

Ford appears to cringe internally throughout the picture. A post-car-crash Mark Hamill appears as Luke Skywalker with his face caked in makeup, making him look more like a zombie than a Jedi in training. Carrie Fisher appears as Princess Leia and sings an awkward ode to a fake holiday during the film’s conclusion.

To make matters worse, “The Star Wars Holiday Special” spends a lot of time with Chewbacca’s Wookiee family, which speaks in grunts and howls. The film is also devoid of subtitles, which means the audience must sit through long stretches of film without any understandable dialogue.

In essence, “The Star Wars Holiday Special” is a cash grab that’s out of this world.

Before Justin Long became a Mac, he was pursued by a winged monster who wore a trench coat and a fedora.

“Jeepers Creepers” starts out as an effective horror film. Its heroes are a brother and sister (Justin Long and Gina Philips) on a road trip home from college. A truck drives them off the road, and they follow its malevolent driver to an abandoned church. There, they find a room full of corpses and flee to contact the police. But the driver, who has supernatural powers, has other plans.

Soon after the plot kicks in, “Jeepers Creepers” devolves into a clunky mess of uninspired chases and gory murders, eventually just grinding to a halt. The film has no climax or moment of truth — the monster stops when he’s had his fill. To make matters worse, the characters love to stand and watch bad things happen — or even investigate dark places — rather than run.  In the end, there’s no fun to be had rooting for idiots.