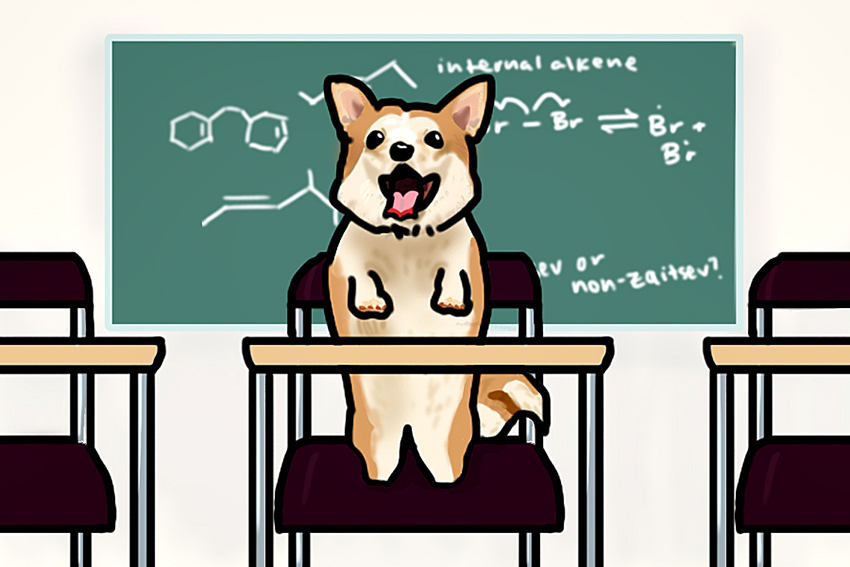 It’s hard to tell a student not to be stressed, because a college student has every right to feel overwhelmed. UT students have the burdens of making it across campus in under fifteen minutes with massive construction and finding housing for the next year in October. However, recent studies show that pets on campus can offer students a way to de-stress. The University of Texas should consider allowing more animals on campus for the health benefit of students.

Students with animals on campus experience positive changes both emotionally and physically through rushes of endorphins that improve overall mood. This increase in endorphin levels have also shown to increase confidence and brain activity resulting in better achievements within the classroom.

In a joint preliminary study done by Georgia State University, Idaho State University and Savannah College of Art and Design concluded that there was a 60 percent decrease in anxiety and loneliness among students given an emotional support dog. If this was to be done at UT, thousands of students have the potential to be helped.

One out of four college students will experience some form of depression while in school. Seventy-five percent of those students don’t seek help for depression or anxiety. Students cannot benefit from the therapeutic benefits of pets without knowing they need it. However, emotional support animals were shown to be more effective at treating depression than the most common drug for depression.

By seeking therapy through emotional support animals, the effects of mixing antidepressants and alcohol could be avoided.

Other universities are realizing the importance of pets in the lives of their owners. Massachusetts Institute of Technology has implemented policies allowing cats into the dorms without the animals needing the support animal paperwork.

Austin is historically an animal friendly city. However, The University of Texas at Austin has limited pets to registered emotional support dogs. UT Austin should implement new policies that allow students to bring pets of any kind on campus for the well-being of the student.

Mayfield is an MIS junior from Tyler.