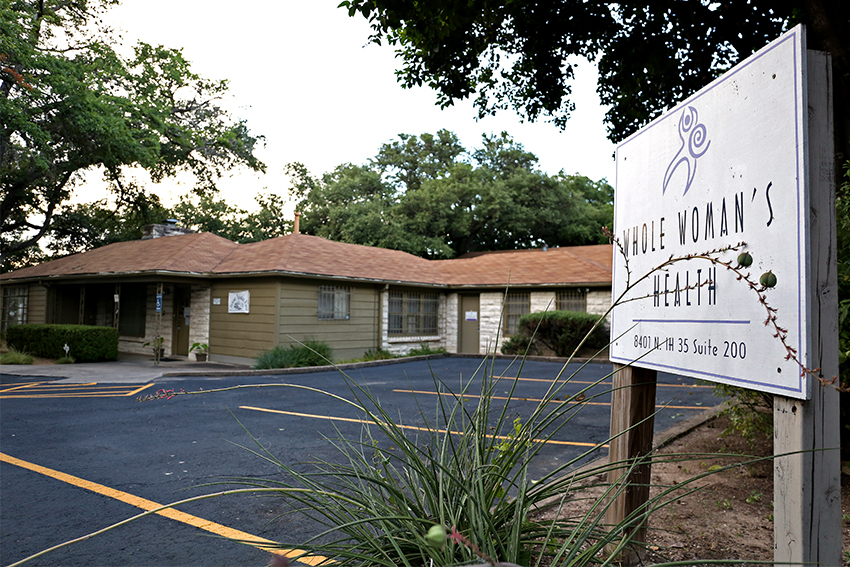 In a 5-3 decision in the case Whole Woman’s Health v. Hellerstedt, the U.S. Supreme Court has ruled that certain requirements in the Texas Omnibus Abortion Bill, known as HB 2, place “undue burden” on women seeking abortions and are unconstitutional.

Justice Stephen Breyer wrote for the majority, stating the requirements for a surgical center and physician’s admitting privileges at a hospital prevent access to abortion.

“We conclude that neither of these provisions offers medical benefits sufficient to justify the burdens upon access that each imposes," Breyer said. "Each places a substantial obstacle in the path of women seeking a previability abortion, each constitutes an undue burden on abortion access …  and each violates the Federal Constitution.”

The ruling will allow the 19 abortion clinics currently operating in the state to remain open, and could lead to the reopening of some of the more than 20 clinics that closed after the passage of the law.

The law was passed in 2013 by then Governor Rick Perry. Among other requirements, HB 2 required that all abortion clinics meet the higher standards of ambulatory surgical centers and that any doctor performing abortions have admitting privileges at a hospital within 30 miles of the clinic. The state defended the law as necessary to protect the health and safety of Texas women.

But a study released in March of this year by the Texas Policy Evaluation Project (TxPEP) found that the passage of HB 2 “resulted in significant burdens for women, including increased travel distances, high out-of-pocket costs, overnight stays, and decreased access to medication abortion.”

The case challenging those two specific requirements was filed by the Center for Reproductive Rights in 2014 on behalf of five Texas clinics, including the Austin-based Whole Woman’s Health.