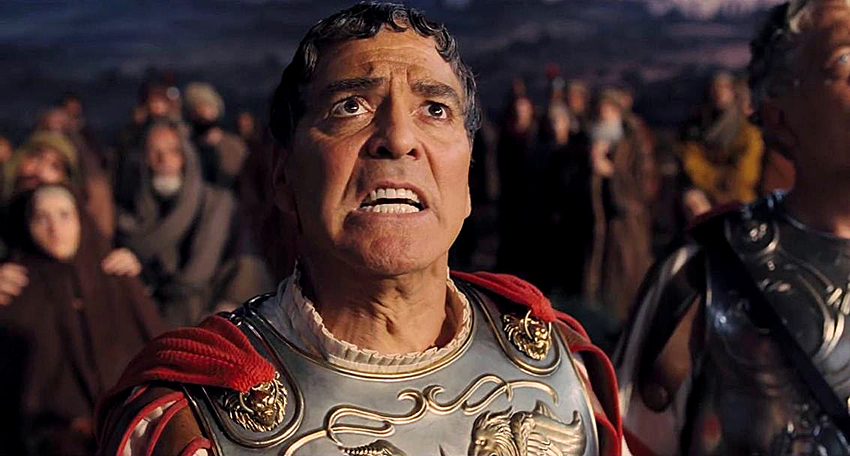 We are halfway through 2016, and some great films have graced the silver screen so far. Here are five movies The Daily Texan recommends checking out.

In “Hail, Caesar!,” Joel and Ethan Coen send up the Golden Age of Hollywood with flash, style and humor. The film depicts a day in the life of studio fixer Eddie Mannix (Josh Brolin), who struggles to keep all the productions running smoothly. When A-list actor Baird Whitlock (George Clooney) is kidnapped by a group of communist writers, Mannix must find a way to retrieve him to prevent a costly production shutdown.

“Hail, Caesar!” is a delightful, joyous picture filled with memorably funny performances. Of the entire cast, Alden Ehrenreich takes the cake as Hobie Doyle, a cowboy movie star who finds himself thrust into a drama production which requires the skills of a thespian that far exceed his own.

A Hitchcockian thriller of the highest order, “10 Cloverfield Lane” is one of the year’s biggest surprises. The follow-up to a 2008 monster film, this sort-of-sequel takes place in an underground bunker where Michelle (Mary Elizabeth Winstead), Howard (John Goodman) and Emmett (John Gallagher Jr.) live after an apocalyptic event. Soon, two of the bunker’s occupants realize that one of them may be more dangerous than they thought.

“10 Cloverfield Lane” surpasses its predecessor by delivering taut, dramatic moments that allow its small cast to breathe and play off each other in subtle, suspenseful ways.

“Zootopia” is the latest product of Walt Disney Animation’s renaissance, and boy is it lovable. Set in a city filled with anthropomorphic mammals, the film follows rabbit cop Judy Hopps (Ginnifer Goodwin) as she investigates the disappearances of several predators. Along the way, she finds an ally in Nick Wilde (Jason Bateman), a sly fox.

While it’s an animated picture geared toward children, “Zootopia” is socially relevant, addressing racism and prejudice by exploring the dynamics between predator and prey in its setting. The prey, of course, fear the predators, but Judy and Nick learn that there are good guys and bad guys in both camps. “Zootopia” appeals to old and young alike with its heartfelt message in one of Disney’s finest movies yet.

Daryl Davis, an African-American jazz musician, is the subject of “Accidental Courtesy,” a powerful documentary which highlights his friendships with members of the Ku Klux Klan. Davis’ message is simple: If people just sit down and talk, they can learn to love one another. Davis himself led several KKK members to abandon the Klan.

“Accidental Courtesy” offers an intimate portrait of a controversial man whose heart is undoubtedly in the right place. It explores the importance of civil rights activism, humanizes racists and discusses views which oppose Davis’. But its most affecting part comes when Davis shakes hands with a high-ranking KKK member, both of them wearing the warmest smiles in a symbol of their friendship.

Irish director John Carney triumphs with “Sing Street,” one of the year’s most disarmingly sweet films. Set in 1985 Dublin, “Sing Street” is the story of Conor (Ferdia Walsh-Peelo), an awkward teen who sets out win the affections of Raphina (Lucy Boynton) by forming a band. With the help of his brother Brendan (Jack Reynor), Conor develops a passion for making music and sets his sights on becoming a real rock star.

The rosy-cheeked Walsh-Peelo makes an excellent cinematic debut, while Boynton effortlessly oozes cool without shortchanging Raphina’s vulnerability. The film’s songs are fantastic in their own right, ranging from theatrical to soulful. Outstanding all the way to its coda, “Sing Street” is a wonderful ode to dreams and dreamers.