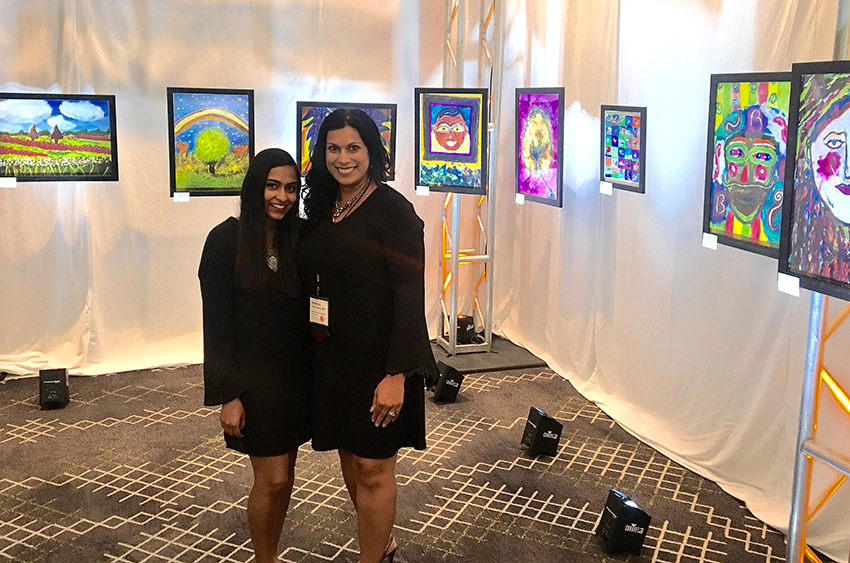 Jahnavi Muppaneni, corporate communications and journalism junior, co-leads New Generation, a philanthropy group in Texas. The group is a part of a giving circle, where individuals donate their own money or time to a pooled fund and give the donations to charity or community projects in order to increase awareness of the issue at hand. The giving circle, called Roshni, Lost Sarees National Women’s Giving Circle, connects South Asian adopted women with other South Asian women through donating, serving and leading across the country.

“[As a group] we strive to educate, engage and inspire the young women by amplifying their voices through philanthropy, celebrating South Asian heritage, and sharing stories,” Muppaneni said. “They represent the cultural and compassionate future leaders.”

The group consists of South Asian women between ages 18-29, who raise awareness through philanthropy about issues that affect South Asian women such as immigration, domestic violence and the stigma of mental health.

“We hope that our acknowledgement of these shortcomings can lead to the education of more community members creating a safer and more welcoming community,” Courtney Cooper-Lewter, co-lead for North Carolina New Generation group said. “We also push to inspire young leaders of the South Asian community to live up to their full potential, providing networking and support through our sisterhood.”

Muppaneni, who is originally from India, said she decided to join this group because she has first-hand experience trying to belong while being an immigrant.

“I was born in India and I didn’t always feel like I had a strong support system of people who understood my internal struggle of being different and feeling underrepresented when I moved to America,” Muppaneni said.

Stephanie Kripa Cooper-Lewter, founder of Roshni, Lost Sarees National Women’s Giving Circle and Now Generation group, said she wanted this group to be targeted towards millennials because she felt they displayed absolute potential at a young age.

“We often hear this group referred to as ‘next generation’ leaders. But I have seen them already leading so powerfully in their schools, colleges and communities,” Cooper-Lewter said. “They are leaders now. They don’t have to wait until their 30s, 40s, 50s to be a part of a movement to create change, they can begin now.”

Muppaneni also said she would like to do a workshop at UT in the upcoming semester that would have students reconsider their perception of minority students and learn about the various struggles minorities face.

“I hope that women of different backgrounds, careers, experiences, and struggles find commonality with members of the circle and feel empowered,” Muppaneni said.