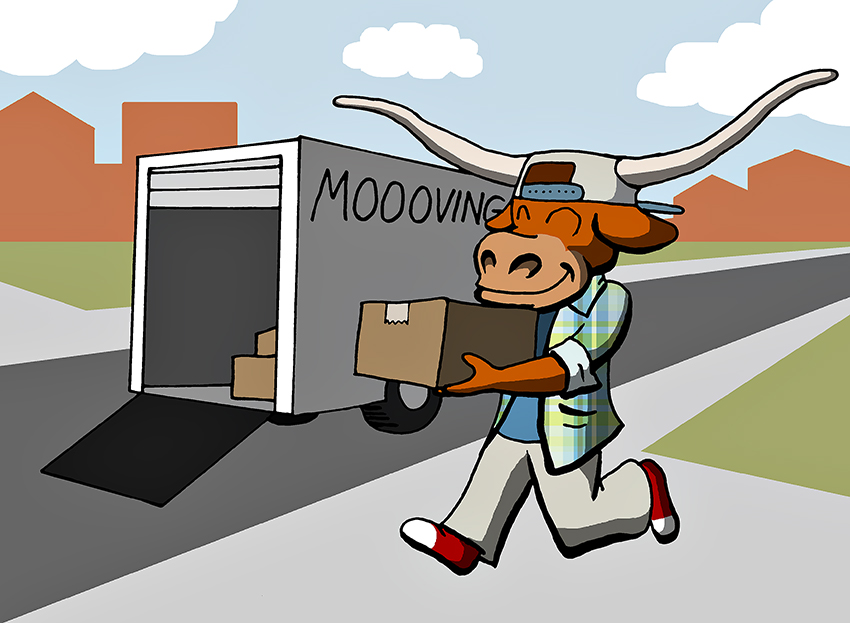 Okay, hear us out. We know it sucks to pack everything you own up nicely only for your younger brother (or whoever you blackmailed into helping you move) or a moving guy to drop it down the stairs. But a new space can do great things for you. Maybe your larger kitchen will inspire you to cook more. Living farther away from campus might get you a little more exercise. Getting rid of that roommate of yours who stole all your food can’t be bad either. So take down your posters of Malik Jefferson, box up all 40 pairs of shoes you have, and get ready for a new year. It’s going to be great.

Horns down: Politics as (un)usual

This week blessed and terrified us with the Republican National Convention in Cleveland. From Melania Trump’s reveal that she, like the rest of us, wants to be Michelle Obama to Ted Cruz’s maybe self-serving, maybe principled refusal to endorse Donald Trump, it’s been an unprecedented spectacle of fear-mongering and bigotry. On the Democratic side, Hillary Clinton tried to escape drama when she chose the most vanilla running mate she could in Tim Kaine. Twenty thousand leaked Democratic National Committee emails might add some more spice to their convention. Either way, national politics has never seemed so wild.