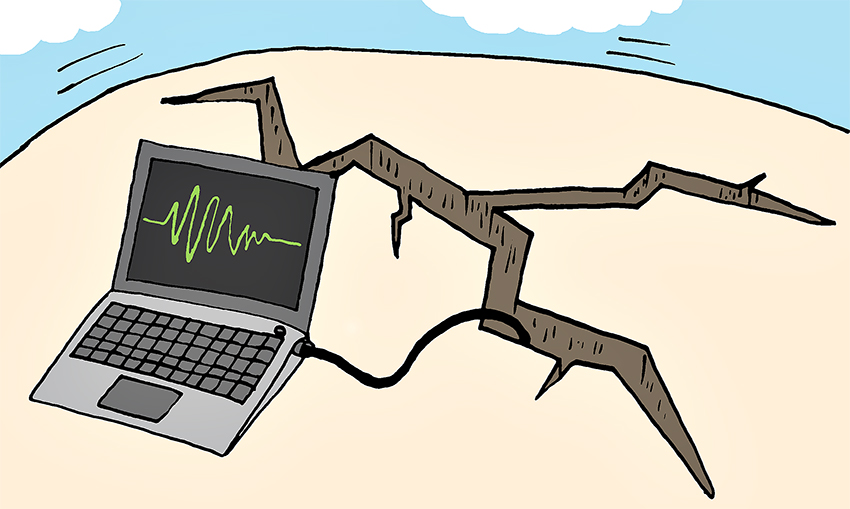 From November 2014 to early 2015, residents of North Dallas and Irving, Texas were struck by a series of earthquakes that would later be named the “Irving Swarm.”

In order to better study the cause of earthquakes like these, which occurred in an area not previously known for active fault lines, the Bureau of Economic Geology at UT-Austin has begun placing new sensors across the state to collect data as part of the TexNet Seismic Monitoring Program.

The new sensors are scheduled to be deployed by September, but one of the most active environmentalists in the state is already questioning the source of some of the funding for the project.

The bureau will be responsible for collecting data from 22 new sensors, in addition to 16 stations that are already in place. The data will be analyzed by the University’s Center for Integrated Seismicity Research.

The monitoring program and the Center for Seismicity Research are funded by $4.5 million that the 84th Texas Legislature appropriated for the project through House Bill 2.

In addition to receiving government funding, the Center for Integrated Seismicity Research is also funded by companies in the oil and gas industry, including Exxon Mobil, ConocoPhillips and Chevron.

Luke Metzger, director of Environment Texas, a nonprofit organization committed to influencing political decisions affecting environmental issues, said that the center’s source of funding could cast doubt on the credibility on the research it produces.

“It definitely gives me pause, because that [funding] can give the perception that whatever research that is produced is influenced or tainted by those corporate sponsors,” Metzger said.

Though he is wary of corporate funding for this type of research, Metzger said the organization supported government funding for the program.

“I think this research definitely needs to be done,” Metzger said. “But I think there also needs to be extra scrutiny to make sure that there isn’t any undue influence by the financial sponsors to tilt the results in a way that will favor them.”

Peter Hennings, principal investigator of the center, said that the oil and gas industry is interested in finding out how their actions may have caused increased seismic activity. He said the additional funding from companies will help the center build more complete models of the subsurface in order to better understand the problem at hand.

Hennings also defended the credibility of the research that will be conducted at the center, and said that the activities and findings of the center will be available to the public.

The Texas Tribune reported in April that an increase in the number of wastewater disposal wells stemming from hydraulic fracturing, or “fracking,” by the oil and gas industry may have caused the increase in seismic activity.

In June, The Wall Street Journal reported a decrease in the number of earthquakes in Oklahoma after the state added restrictions on how much wastewater oil and gas companies can inject into the ground.

Hennings said disposal wells have been most definitively associated with the recent rise in earthquakes, but also said that these wells are currently the most cost-effective way of dealing with wastewater.

“There is a lot more we can do to understand the relationship between seismicity and oil and gas activities,” Hennings said. “Industry, academia, regulators and the general public need to find some common ground here to understand the benefits and the concerns behind these processes.”