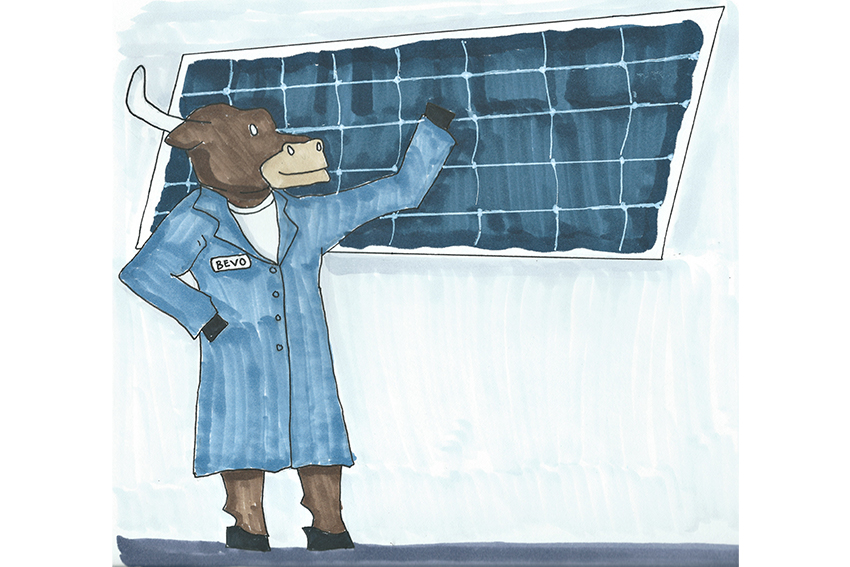 Earlier this month, ExxonMobil announced that it will provide $15 million of funding to the UT Energy Institute to further research in areas such as renewable energy, battery technology and power grid modeling.

ExxonMobil spends around $1 billion annually on energy research, funding projects at over 80 universities, said ExxonMobil representative Ashley Alemayehu. ExxonMobil has long been a supporter of research at UT, and is one of the university’s top corporate sponsors.

The money from this grant will be divided among a few of the over 300 energy researchers across UT, including faculty and students in the Jackson School of Geosciences, the Cockrell School of Engineering and the College of
Natural Sciences.

Thomas Edgar, director of the Energy Institute, said ExxonMobil is especially interested in funding projects in several new areas of research. First, the company hopes to sponsor the development of broad-scale models of systems related to energy sources and how they affect the environment.

“[ExxonMobil is] interested in people who do numerical number-crunching and modeling of complex systems, so that might involve using Texas Advanced Computing Center and so on — heavy duty computing — to really understand cause and effect out there in the real world,” Edgar said.

The grant will also fund research on power systems, but not just systems of traditional power sources like fossil fuels.

“ExxonMobil is of course a natural gas producer, but power systems also include renewable energy—wind and solar,” Edgar said. “It’s a broader topic than just mainly oil and gas.”

Other topics include power storage technology and lightweight structural materials. Edgar is currently working to select and organize the first round of project proposals that will receive funding this year.

Bridget Scanlon, a researcher at UT’s Bureau of Economic Geology, is currently developing a proposal for a project that will investigate water issues associated with oil and gas production, using the Permian Basin as a case study. Edgar said Scanlon’s proposal is likely to receive funding from the ExxonMobil grant.

According to Scanlon, managing large volumes of water produced during the oil and gas extraction process is a critical issue — for every barrel of oil produced, around 12 barrels of wastewater are also produced.

Scanlon said she hopes to use the funding to further investigate joint management of this water.

In addition to funding her research for this project, the grant will also support a post-doctoral researcher to look at beneficial uses of produced water related to oil and gas production.

“I think [this project] is important because in many regions, managing produced water is becoming a bigger issue,” Scanlon said. “We’re very excited about it. It is really fascinating.”

Alemayehu said ExxonMobil is looking forward to collaborating with UT to fund research like Scanlon’s and to develop new technologies.

“Our goal is to understand a wide range of technology options and how they may impact the global energy system in the near term, and as far as 50 years into the future,” Alemayehu said. “We look for ways to collaborate on [projects] that will pursue energy and environmental innovation, and whenever we find an opportunity that fits within that emerging technology portfolio, then we see a fit and will pursue it.”