First day of school through the years 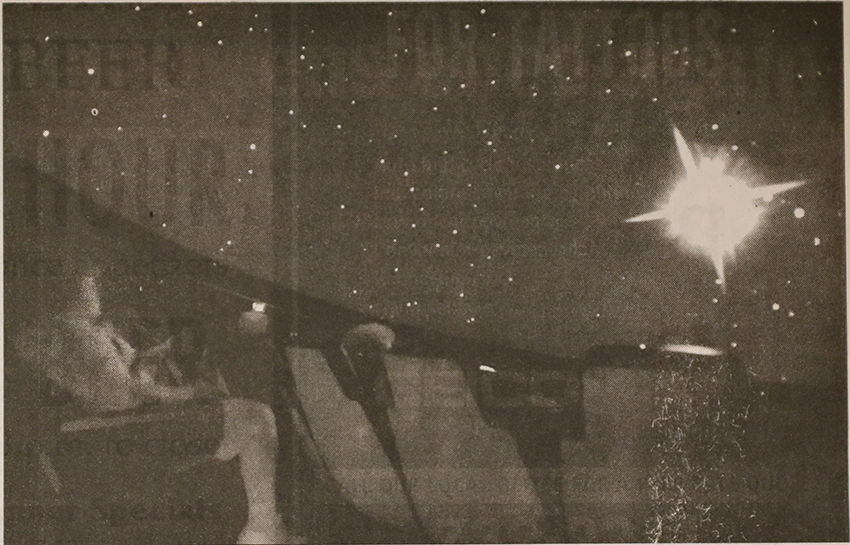 The Daily Texan dug in its archives for three stories from three previous decades, all published on the first day of the fall semester.

On Sept. 1, they could legally drink alcohol, but on the following day, when the National Minimum Drinking Age Act took effect and raised the legal drinking age to 21, they were stuck ordering soda.

In the Sept. 2, 1986 issue of The Daily Texan, reporter Lisa Gaumnitz spoke to an associate municipal court judge Nigel Gusdorf, who cautioned the disgruntled local population of 19- and 20-year-olds from turning to fake ID’s.

The article, “Rise in fake ID’s expected,” also featured the Texas Alchoholic Beverage Commissions assistant supervisor Dan Cullers, who explained that the fake ID’s in circulation at the time were “very good,” but easy to detect — if you know what to look for. Cullers, hip to the tricks Longhorns played, said he often saw cases of minors borrowing their older friends ID’s.

Four years earlier, Cheryl J. Hopwood, a white female, filed a lawsuit against the University after being denied admission into the UT School of Law. She and three other individuals appealed the case to the Fifth Circuit Court of Appeals and won. For the next seven years, the University was not allowed to use race as a factor in deciding which applicants to admit in order to achieve diversity.

The proposed guidelines would bring the school into compliance with the ruling, according to UT provost Mark Yudof.

“If we don’t comply with Hopwood, our programs could be enjoined — there could be punitive damages,” Yudof said.

The ruling was overturned seven years later and then brought back into the spotlight in 2013 and again in 2016 with the Fisher v. University of Texas at Austin case, which was struck down both times.

2006: Puny Pluto loses status as planet
Most UT students arrive on campus for the first day of class fearing large changes in their life. But for students in 2006, change arrived on a galactic scale.

On Aug. 25, 2006, the day before classes began, Pluto was stripped of its status as a planet after the International Astronomical Union redefined the term to incorporate all bodies that “clear the neighborhood around its orbit.” Since Pluto’s oblong orbit overlaps Neptune’s, it was demoted to a dwarf planet, striking much nostalgia, particularly in the heart of 93-year-old Patricia Tombaugh, whose husband discovered Pluto.

“It’s disappointing in a way, and confusing,” Tombaugh said. “I don’t know just how you handle it. It kind of sounds like I just lost my job. But I understand science is not something that just sits there. It goes on. Clyde finally said before he died, ‘It’s there. Whatever it is. It is there.’”

The astronomers’ ruling on the definition of “planet” settled a debate that had been ongoing since the time of Copernicus.