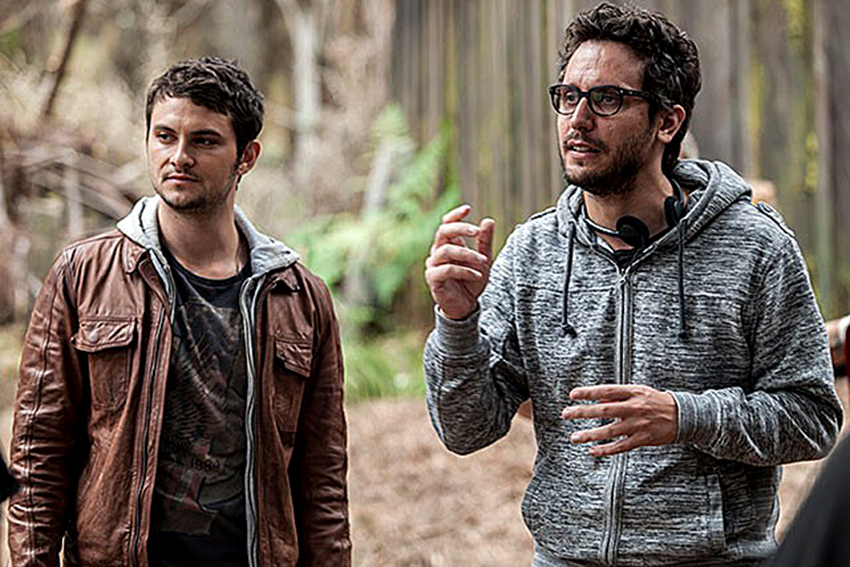 Last Wednesday, director Fede Alvarez visited the Alamo Drafthouse on South Lamar Boulevard for a screening of his new horror film, “Don’t Breathe.” In the movie, a group of teenage thieves (Jane Levy, Daniel Zovatto and Dylan Minnette) break into the home of a blind man (Stephen Lang), only to find themselves his prey. The Daily Texan spoke with Alvarez after the screening.

The Daily Texan: Usually, the bad guy in a horror movie seems nigh invulnerable. The bad guy of “Don’t Breathe” is blind, so the heroes actually have the advantage of sight. Why did you decide to take away from the Blind Man’s arsenal rather than add to it?

Fede Alvarez: I think I do like to play with the audience’s empathy of the characters. Shady morals always make for great stories, because it’s hard to know who deserves to live and who deserves to die. The whole twist is you think [the Blind Man] is going to be the victim. I give you enough time to understand him, to care about him, to feel sorry for him. You really worry about the guy. That goes a long way in helping you understand why he does the things he does. You don’t have to agree with him, but you can understand why he goes as far as he does.

DT: How was Stephen Lang cast in the role?

FA: It was easy. I had a list of names that could be good, and I saw his name and thought, “Well, he’s amazing.” There are not a lot of actors his age who are so fit and strong. We really needed that for the movie to work. With any other actor, you’d be screaming at the actors to jump on him, “He’s blind!” But with him, you’re definitely not saying that.

DT: “Don’t Breathe” is your second film, your first being the “Evil Dead” remake. Is there anything you learned from that which you brought into the production of this movie?

DT: You’ve worked with Jane Levy before on “Evil Dead.” Now that you guys have a working history, did you feel more comfortable directing her in “Don’t Breathe” and is there anything you asked her to do that you wouldn’t have before?

FA: What I hope is that, because we worked together already, she trusts me more. She said “Yes,” to crazy things on “Evil Dead” and when she saw the movie she thought, “Hey, that worked!” For actors, on the day of [shooting a scene], sometimes it’s hard to understand why what we will be doing is cool. Jane and I made a movie she was proud of, so now she was willing to go out and do crazy [stunts] you see in the movie.

“Don’t Breathe” will be released this Friday, Aug. 26.