Construction on Speedway still more than a year from completion 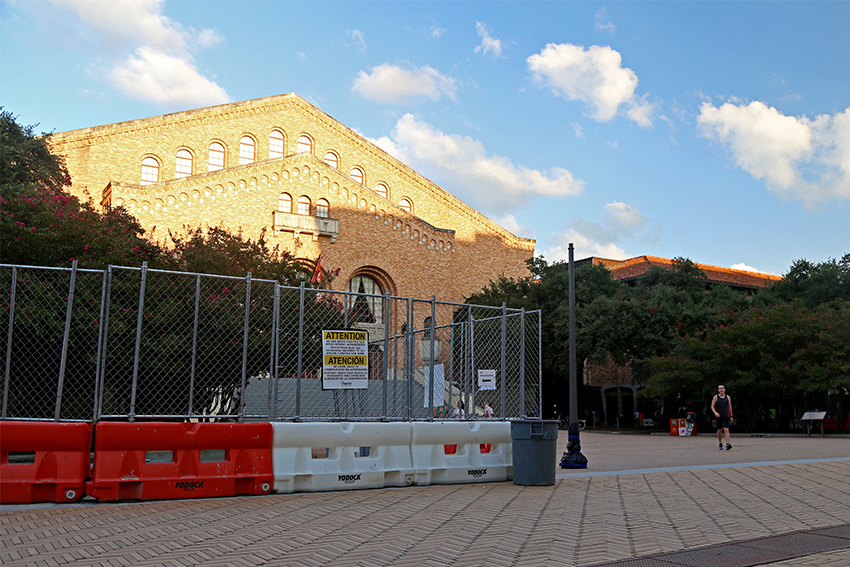 The construction to turn Speedway into a pedestrian mall is still more than a year out from completion, University officials said.

The project that began in October 2015 is expected to complete construction in January 2018, according to Laurie Lentz, communications manager for University Operations. It was first proposed in the 2012 campus program and approved by the Board of Regents in May 2015, but the idea has been around for much longer, Lentz said.

“This has actually been envisioned for quite a long time, really going all the way back to the 1996 campus master plan,” Lentz said. “There’s been a vision for making the Speedway area more inviting to pedestrians and having more informal activities taking place.”

At the completion of the project, Speedway will include space for University events, study areas and food trucks, Lentz said.

“It’s really going to transform that center area of campus,” Lentz said. “It will accommodate learning experiences, social experiences, student activities and become a learning area — which it really hasn’t been until now.”

Sasha Parsons, Plan II and marketing senior, is a fitness instructor at Gregory Gymnasium who has passed the construction on her way to organizational meetings, fitness classes and events near the McCombs School of Business.

“As a senior, I have to deal with a few years of construction and going through all of that, but not be able to be on campus when it’s completed to really enjoy the results of the construction,” Parsons said. “It’s always hard being present during a transition and have to go through all of the growing pains instead of being able to be on campus when there’s a nice clean walking area with food trucks.”

Parsons said one of the most difficult aspects of navigating the area of campus near Gregory is the constant changing of entrances and exits to buildings.

“You don’t always know if the way you’re walking, you’re going to be able to make it to where you’re trying to go or not,” Parsons said.

Aerospace engineering sophomore Hannah Moore said she doesn’t have any classes close to Gregory, but getting to the gymnasium from off campus by car is frustrating and inconvenient.

“They have the roads blocked off so you can’t park anywhere close,” Moore said. “It looks nice in front of Gregory where they put the new sidewalk, so it’ll be nice once it’s all finished.”

An open house will be held in November to introduce the next phase of the project as construction heads toward the holidays, although a date has yet to be set, Lentz said.