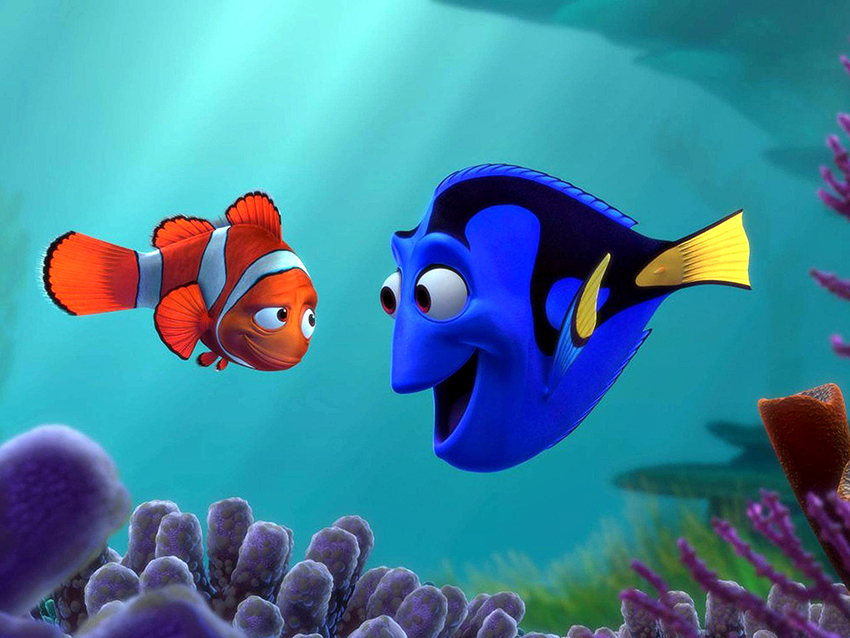 The summer of 2016 shaped up to be an exciting year for tentpole films but wound up one of the most disappointing seasons for blockbusters in recent memory. Most sequels and remakes failed to recapture the glory of their predecessors and offered boring or convoluted stories instead. The few bright spots were truly outstanding productions. Maybe next year Hollywood can step up their game, but for now, here’s a recap of the summer’s biggest films.

“X-Men: Apocalypse”
Bryan Singer has directed three great “X-Men” films already, so you’d think he’s a safe bet to helm a fourth. Wrong — “X-Men: Apocalypse” runs away from Singer with too many characters and an uninteresting villain. The film is loaded with false starts and meanders for over an hour. By the time it does get going, it offers far too little, far too late.

“Warcraft”
Duncan Jones’ long-awaited adaptation of the popular “Warcraft” video game series doesn’t break the trend of awful video game movies. The special effects are glorious and Toby Kebbell is compelling as the good orc Durotan, but “Warcraft” can’t do much more than please hardcore fans of the franchise. Its lightning-fast pacing, treasure trove of weird names and locations and dull story make it hard for newcomers to see what the buzz is about.

“Finding Dory”
A pleasant surprise among this year’s sequels, “Finding Dory” is a wonderful story about the breakout fish played by Ellen DeGeneres. Dory’s search for her family is both heartbreaking and heartwarming, and the film discusses the difficulties of disabilities while appealing to children and adults alike with wit and humor.

“Independence Day: Resurgence”
No one asked for this misfire of a sequel. Without Will Smith’s charisma or an interesting story to tell, “Independence Day: Resurgence” settles on rehashing the first film — only this time, the aliens arrive in a bigger, badder ship. Roland Emmerich throws as much CGI destruction onto the screen as he can, but in spite of all the cities that get leveled and the millions of poor souls that perish, “Resurgence” fails to make us sympathetic.

“The BFG”
Steven Spielberg’s adaptation of the classic Roald Dahl novel is visually dazzling, and Mark Rylance was an excellent choice for the Big Friendly Giant. Unfortunately, the film too often gets lost in its whimsy and wonder, forgetting to provide stakes or palpable danger for its characters. “The BFG” gets too gentle and sentimental for its own good, but it will surely please younger audiences with its incredible visual effects.

“Ghostbusters”
The “Ghostbusters” remake was the subject of so much discussion that the final product’s ultimate mediocrity was rather anticlimactic. Not the outright failure that haters wanted to tank, nor the runaway success its supporters hoped it would be, “Ghostbusters” stands firmly in the realm of the unmemorable. Though it’s clearly a cash grab, “Ghostbusters” has enough strengths that some naysayers will enjoy the thrills it brings.

“Star Trek Beyond”
Justin Lin capably takes the director’s chair from J.J. Abrams, delivering the most faithful “Trek” reboot film to the original television series. The film is flashy and fun, capturing the pulpy feel of the old franchise and introducing interesting new character dynamics. “Star Trek Beyond” is a wonderful adventure film that keeps its series boldly going, and a perfect celebration for 50 years of “Trek.”

“Jason Bourne”
Matt Damon’s return to the “Bourne” saga is little more than an uninspired retread of its better predecessors. Its action is intense and the series’ shaky camera is back in full force, but the events which drive the movie are uninspired and repetitive. Once again, Bourne must uncover the secrets in his past, but when the secret feels tacked on, so does the rest of the picture.

“Suicide Squad”
“Suicide Squad” is franchise suicide for the DC Extended Universe. This flick about supervillains battling supervillains is bogged down by terrible editing and overloaded with pop songs. The actors are superb, but their characters are unbearably thin. In an attempt to recapture the success of “Guardians of the Galaxy,” Warner Bros. produced a much-too short music video that had too many bullets and not enough heart.

“Pete’s Dragon”
A remake that certainly surpasses the original, “Pete’s Dragon” takes flight with an excellent cast. It is wholesome entertainment that will warm the hardest of hearts, and the titular dragon is a truly mesmerizing creation. “Pete’s Dragon” is Disney’s reminder that viewers can always rely on the House of Mouse to tell a wonderful story.