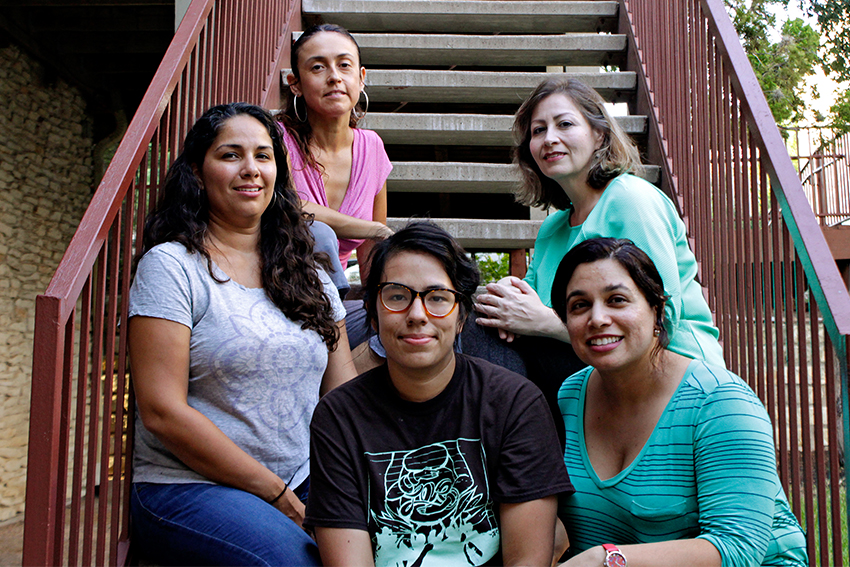 Recently graduated, working part-time jobs and unexpectedly pregnant, former Longhorn Michelle Mejia had no idea how to prepare for the birth of a baby. So she turned to Austin’s Mama Sana/Vibrant Woman for support.

Mama Sana/Vibrant Woman is a non-profit, community organization founded in 2012 by Kellee Coleman and Jeanette Monsalve. The organization doesn’t follow the standard protocols of a traditional clinic but rather follows an older structure of community support and midwifery. Initially Mejia planned to deliver her baby in a hospital but felt uncomfortable with the highly medicalized environment. The fact that the United States has a high infant and maternal mortality rate  that affects a disproportionate percentage of working class women of color also influenced her decision.

Mejia began to explore other options like homebirth and was referred to a local midwife by Mama Sana/Vibrant Woman. After delivering a healthy child, Mejia began working as the communications director for the organization to help other women through their pregnancies.

“Mama Sana tries to support and organize around moms and working class moms,” Mejia said. “Certain people get treated better than other people especially when they’re pregnant. I kind of realized that all of these things were real and decided I didn’t want to have my baby in the hospital.”

Mama Sana/Vibrant Woman hopes that an effort to break out of the traditional medical system will combat high rates of infant and maternal mortality rates and give the community and familial support to women of color that otherwise wouldn’t have it. For Coleman, changing the numbers means changing the environment rather than blaming women for the circumstances that they are in.

“It just bothers me the way that people will talk about medical science in this particular way, but not acknowledge the social circumstances that people are living under that affect their health outcomes,” Coleman said. “People try to quantify racism to make scientists happy, but if you have outcomes that are divided by race, how do you make that make sense?”

After working in a clinic as a registered nurse for a few years, former Longhorn and Mama Sana/Vibrant Woman’s operations and administration manager, Bianca Flores said she wanted to be able to interact on a more emotional level with patients. She recognizes that although the traditional model has its benefits, it can often make expectant mother feel isolated and alone. Flores said that one of Mama Sana’s goals is to help educate women on their prenatal and postpartum options through group information sessions as well as personalized, one-on-one support. All services offered by Mama Sana/Vibrant Woman are availbale for little to no costs.

Above all else Mama Sana/Vibrant Women hopes to give women of color a sense of agency and let expectant mothers know that they don’t have to follow the same beaten path of orthodox pregnancy clinics.

“We’re just trying to let women know that they have options when it comes to birthing their children and that they should be treated with respect no matter who they are,” Flores said.