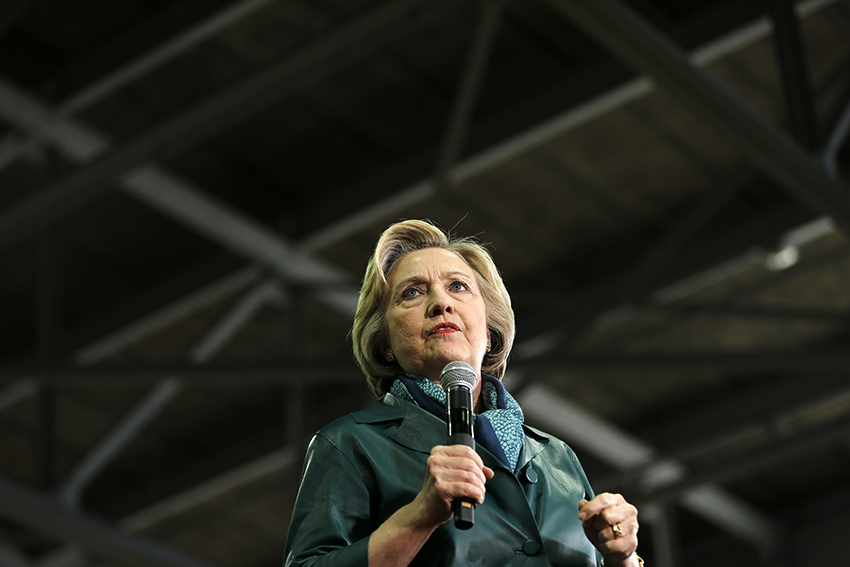 From the presidential debates being aired on Univision to Clinton’s first Spanish-language ad, there is a more visible effort to attract Latino voters this election cycle than previously been seen before. The Latino vote is playing a prominent role this election cycle and politicians such as Clinton are scrambling to attain it. While Clinton leads the polls among Latinos, her campaign’s approach towards this group is not effective in attracting long-term voters.

Immigration has been in the spotlight this election cycle since the infamous Trump speech last summer. Even in Clinton’s Spanish-language ad, there are clips of Trump speaking about deporting 11 million immigrants alongside Latinos speaking about their own immigration experience. Yet, this ad fails to go beyond what happens after immigration.

Clinton’s focus on attracting Latino voters through immigration reform limits its reach by focusing on a narrow view of the Latino experience in the United States. Immigration is something that over half of Latinos haven’t personally experienced — of the 55 million Latinos in the country, 33 million are U.S. born. This does not mean that we are excluded from the struggles of immigration and attaining citizenship, since it can affect us within a family dynamic or even through friends, but it does not encompass our whole narrative.

What is missing from this voter outreach is expanding the Latino experience to cover issues that pertain to problems U.S. born Latinos are more likely to face. Such as the high dropout rates or why Hispanics have the highest teen pregnancy rate in the country.

There are several reasons why Clinton, and by extension the Democratic party, are ignoring other Latino issues. In leaked DNC emails, former chair Debbie Wasserman Schultz stated that “Hispanic brand loyalty is generational” and that they are “unforgiving” once this loyalty is lost. Aside from the email stereotyping Latinos, it reveals a strategy to how Democrats are approaching Latinos. They are capitalizing on Trump’s hateful language and using that as their platform to rally the Latino vote. This also justifies their sole focus on immigration through the belief that “Hispanics will always be loyal and influence the family.” In their logic, even if I haven’t personally experienced the struggle of immigration, my abuelos did. Because of familia and loyalty, what affects them affects me and I should rally behind that issue for no other reason than that.

The other, smaller reason why Democrats ignore other Latino issues is because they’re internal problems that are felt within the Latino community. The dropout and teen-pregnancy rate are issues that often begin and end with Latinos and do not venture outside of that. Yet, immigration is a larger issue that affects the majority group in the U.S., or more specifically, is “taking our jobs.” To put it bluntly, minority problems only become national issues when it affects the majority culture.

In any case, if the Democrats want to achieve long term success and attract “brand loyal” voters, they have to take the time to understand what happens after we crossed the border and appeal to our own, unique American experience.

Fernandez is a rhetoric and writing and Spanish senior from Allen.