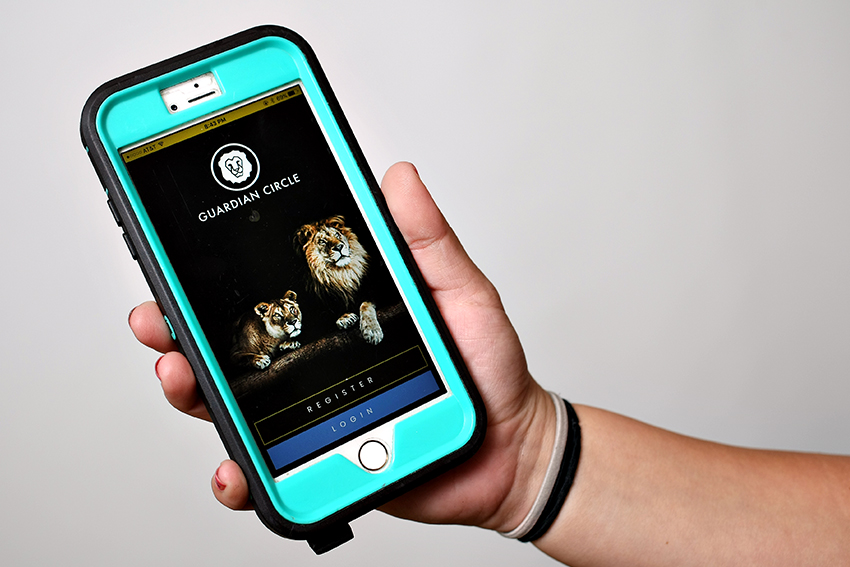 Instead of relying on student programs, 911 or law enforcement, UT students in dangerous situations can now send an emergency alert to a group of 10 friends through an app called Guardian Circle.

In March, Guardian Circle released its latest version of the app, which includes at most 10 “guardians” who would be notified of an emergency once a member of the circle sends out a signal detailing the level of danger, location and situational circumstances he or she is trapped in. Each guardian is required to approve their commitment to assist their friend if he or she needs help. A map pops up revealing where guardians are located relative to the person in danger, and a group chat is immediately created. This enables automatic communication, even if guardians don’t already have each other’s contact information.

“When I looked through the app stores, I saw that there were a lot of panic button apps … but all they did was text emergency contacts with your location,” said Guardian Circle founder and CEO Mark Jeffrey. “None of them have thought about the second half of the problem, which is organizing the response.”

After his girlfriend collapsed in November 2014 and was physically unable to use her phone, Jeffrey said he realized the need to create an app that would bring together at most 10 emergency contacts in one streamlined setting.

In addition to its time-reducing aim, Jeffrey said the app provides a more fitting alternative for calling 911 under certain circumstances. If caught in a bar with someone who won’t leave you alone, Guardian Circle provides an easy out as opposed to the outdated emergency response system that is currently in place, Jeffrey said.

“In the United States, 911 is actually terrible,” Jeffrey said. “In LA if you call the cops, the average response time [is] three hours. If you’re in a situation where you see some scratches on your front door, you’re kind of screwed.”

Guardian Circle chief technical officer Chris Hayes said the app was created with a wide variety of users in mind. In compromising situations where flagging down help would only contribute to the danger already present, or if it is physically impossible to conduct multi-step operations on one’s phone, Guardian Circle comes in handy, Hayes added.

“A thing we have to be aware of in terms of design is making the buttons large enough for people who may have motor skill struggles or maybe in an emergency where they’re nervous, and they’re kind of jabbing at their phone,” Hayes said.

Guardian Circle user Diane Tate said that before using the app, she would resort to texting her friends either individually or in multiple group chats, which was cumbersome and time-consuming compared to the swiftness with which she feels Guardian Circle operates.

“For me it’s a security thing,” Tate said. “The fact that it goes out to people that I’ve already trusted, and it goes out to everyone at the same time to coordinate … it just seems like a way better option than anything I’ve seen.”