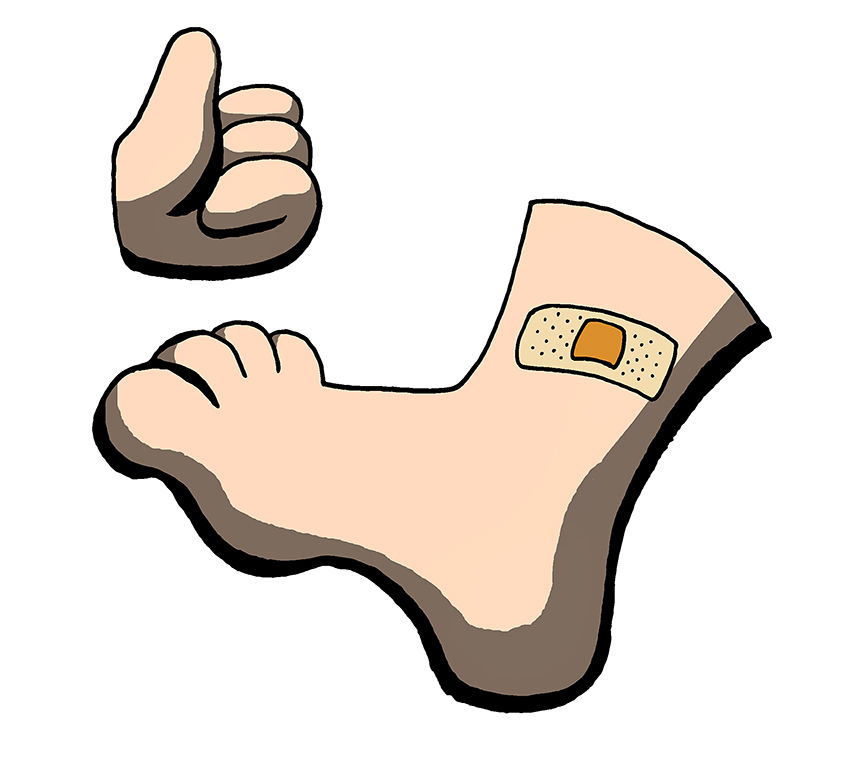 Imagine a bandage capable of rapidly healing patients’ wounds, then dissolving into their skin.

The regenerative bandage borrows biological mechanisms from healthy bodies and replicates them on diabetic patients, healing their wounds four times faster than they would heal normally. The study was published in the Journal of Controlled Release in August.

“When you’re diabetic, your body is not able to heal the way normal healthy bodies would,” said Ameer, who co-authored the study. “Elevated sugar levels begin to modify proteins and lipids, and they’re not able to perform their regular functions.”

Blood vessel formation, or angiogenesis, is disrupted and prevents proper blood flow to the wound. This, in addition to oxidative stress and chronic inflammation, leads to a compromised ability to heal, which can result in loss of limbs or possibly death.

“What the gel does is release a protein similar to what a healthy body would release,” Ameer said. “It imitates what your body would typically do: cry for help.”

The gel contains a protein called SDF-1, or stromal cell-derived factor 1. In healthy bodies,  SDF-1 is slowly released into the bloodstream after injury, recruiting circulating cells to heal the wound. The devised gel utilizes this protein and mimics a healthy body’s response. It’s important that the proteins diffuse out slowly in a gradient in order to avoid being degraded within the body, according to Ameer.

“For diabetic patients, their problem is that when the wound opens, there is no circulation or regeneration of blood vessels,” said Yunxiao Zhu, biomedical engineering Ph.D. student at Northwestern University and first author of the study. “By slowly controlling the release of SDF-1, we can increase angiogenesis in the local area.”

The bandage itself is biodegradable, able to be absorbed and contains antioxidants. Zhu said this new technology requires further testing before clinical use.

This bandage is not the first treatment designed to speed the healing of diabetic wounds. In 1997, the Food and Drug Administration approved the drug Regranex, a gel that uses platelet-derived growth factors to heal diabetic foot ulcers. But this drug was found to increase patients’ risk of developing cancer, which has caused concerns over potent protein use, according to Zhu.

The team intends to move forward with trials on larger animals, such as pigs, and eventually clinical trials. Ameer said he plans on researching similar healing strategies and mechanisms that don’t use proteins.

“We were very lucky to see a speed in the closure of diabetic wounds,” Ameer said. “There’s nothing on the market that uses your own biology as a way to help heal the ulcers.”