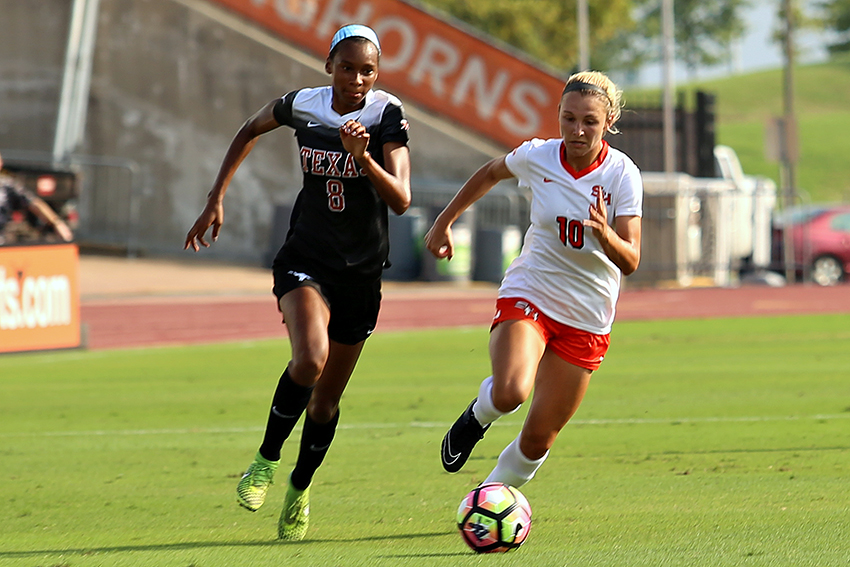 The Longhorns (4–3) snapped their two-match losing streak on Sunday, defeating Miami (OH) on the road, 2-0.

Sophomore forward Alexa Adams notched her team-leading fifth goal of the season in the fifth minute to put Texas up 1-0. She has now scored in five of the team’s seven matches this season.

Sophomore midfielder Katie Glenn added some insurance in the 74th minute with her second goal of the season.

The Longhorns finished the day with 13 shots, including eight on goal, compared to just six total shots for the RedHawks. Texas’ defense shined in the contest, surrendering just one shot on goal in the 78th minute.

Texas will be back at home this weekend when it faces North Texas on Friday at 7 p.m. and UC Santa Barbara on Sunday at 2:30 p.m.

The Longhorns dropped their second consecutive match on Friday evening, falling to No. 19 Ohio State, 2-1, in extra time.

Texas jumped out to an early start. Adams scored just over three minutes into the match to give the Longhorns a 1–0 advantage.

The two teams played each other close the rest of the way. The Longhorns recorded 11 total shots with four on goal, while the Buckeyes shot 12 times total.

Ohio State forward Nichelle Prince scored in the 59th minute on a penalty kick to even the score line.

Texas nearly scored the game winner in the final minute. Freshman defender Emma Jett sent a corner kick to sophomore midfielder Nakia Graham, who headed the ball on target through a flurry of Ohio State defenders. However, the ball hit the bottom of the left post and ricocheted back into play, denying the Longhorns a late-game victory.

In extra time, Prince ended the game with a goal in the 96th minute, sealing a 2–1 victory for the Buckeyes.