Brianna Dorado
When radio-television-film freshman Brianna Dorado was 16 years old, she asked her mother if she could get a tattoo, but didn’t expect her to say yes.

“I just said ‘What’s something that represents me as an individual?’” Dorado said. “I decided on an owl because it’s my favorite animal. They’re nocturnal and I’m not exactly a morning person so I was like ‘This is perfect.’”

But Dorado isn’t going to stop at just one. She plans to get another tattoo soon because she considers skin to be just another medium for art.

“[A tattoo] doesn’t have to be super deep and meaningful,” Dorado said. “You can just like the way that they look. You’re just letting someone express their art on you.”

Gabrielle Hardy
Gabrielle Hardy, a linguistics sophomore, wanted to get a tattoo to memorialize her passion for art and love for her father. 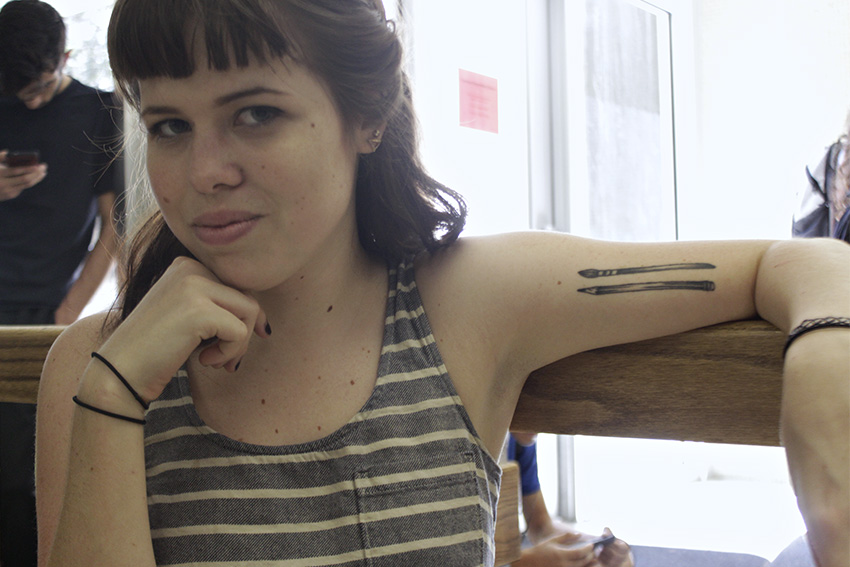 Hardy paints creatively as a hobby, but her father preferred pencil sketches. She said by tattooing a paintbrush and pencil side-by-side on her arm, she would be able to remember their artistic differences but also their similarities. 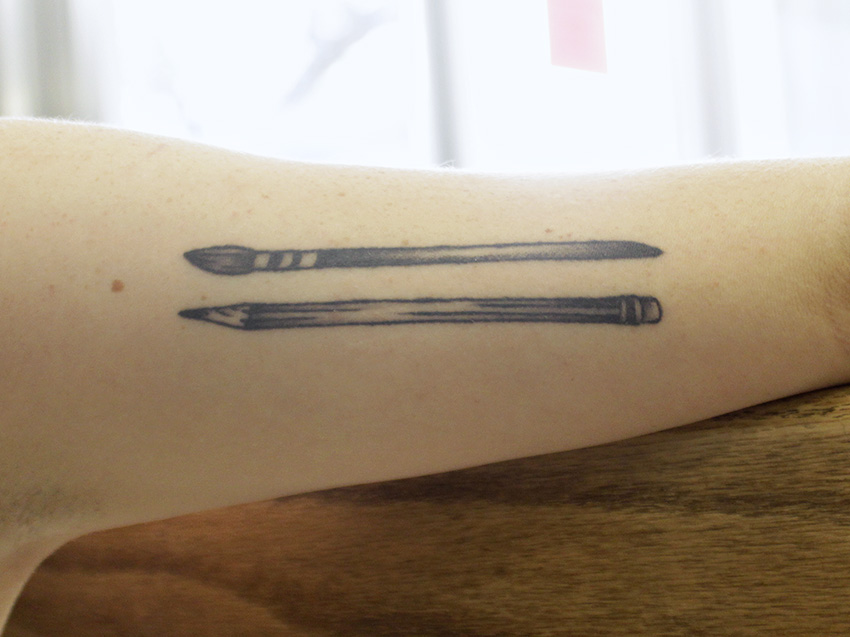 “I’m more of a painter and my dad is a sketch artist,” Hardy said. “I’ve always felt inclined toward art, but my dad always encouraged me to do it.”

Jackson Gabriel
Radio-television-film freshman Jackson Gabriel decided to get his first tattoo in March because he wanted to show his love for his favorite band. 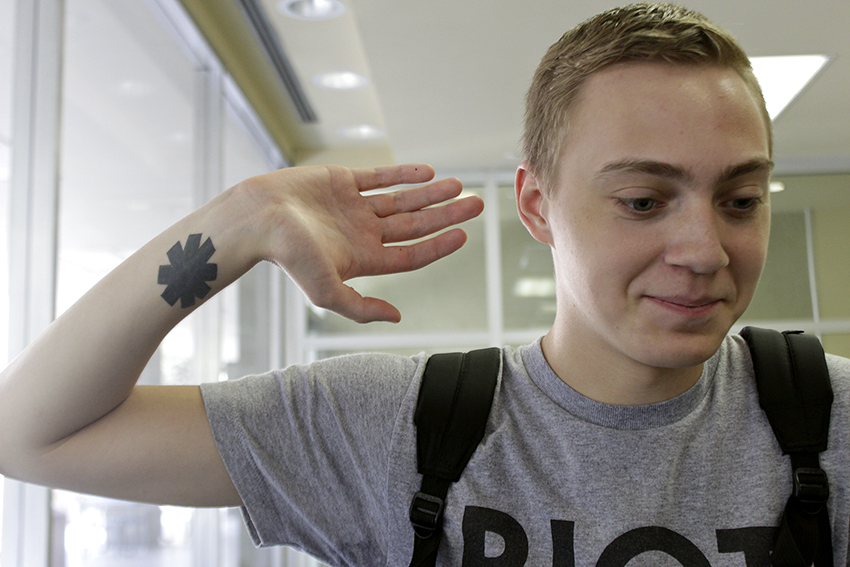 “I just really like the Red Hot Chili Peppers,” Jackson said. “They’re the best in their field. John Frusciante is the best guitarist. My favorite song by them is “Sir Psycho Sexy.” It just has a really good jam at the end — a good groove. I’ve liked them ever since I was about 6 years old when my friend showed me them.” 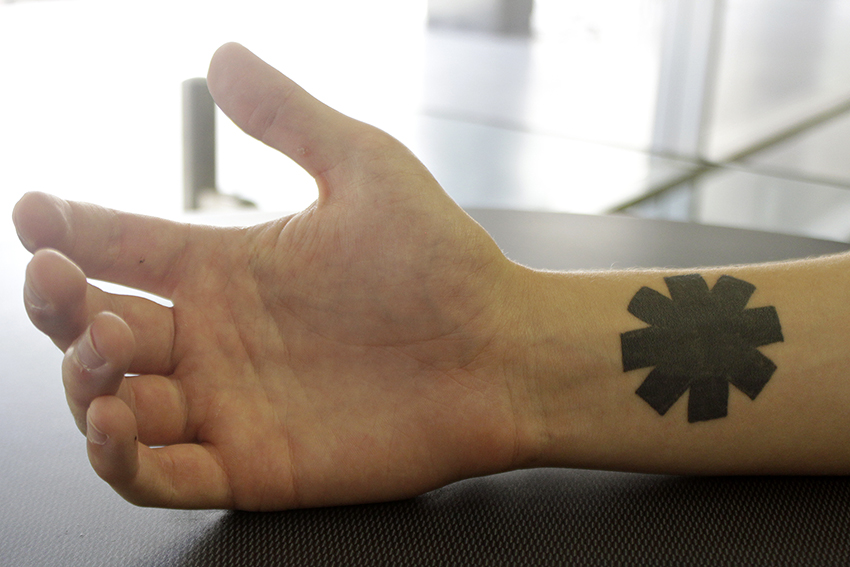 Sylvie Higgins
Sylvie Higgins, a geosystems engineering and hydrogeology freshman, has her initials tattooed on her wrist alongside her twin sister’s and aunt’s. She said the tattoo reminds her of the sisterhood they share. 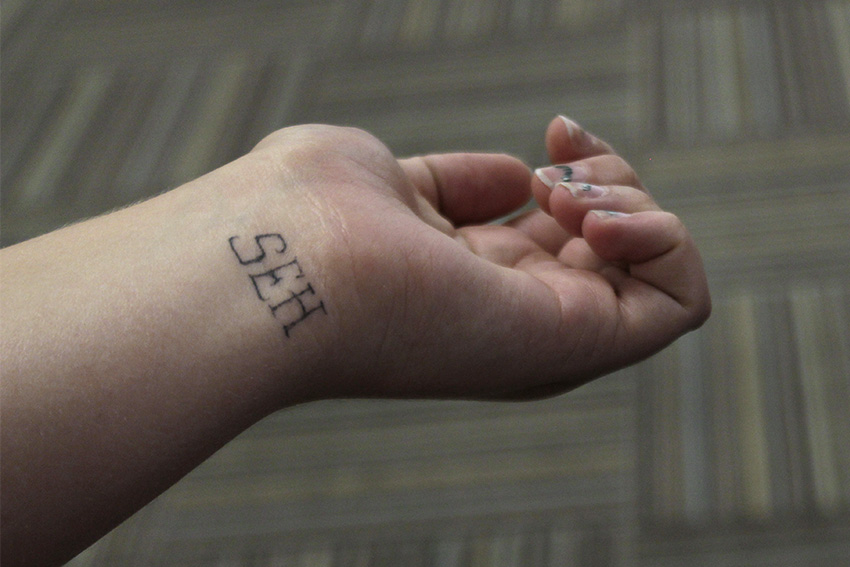 “I love my sister and I’m also really close to my aunt,” Higgins said. “[My aunt] has inspired me to do a lot of things. She’s really into the outdoors and stuff and going backpacking and rock climbing. She got me into both of those activities. She’s just been a very positive influence in my life.”