Right to abortion is not enough, activist says 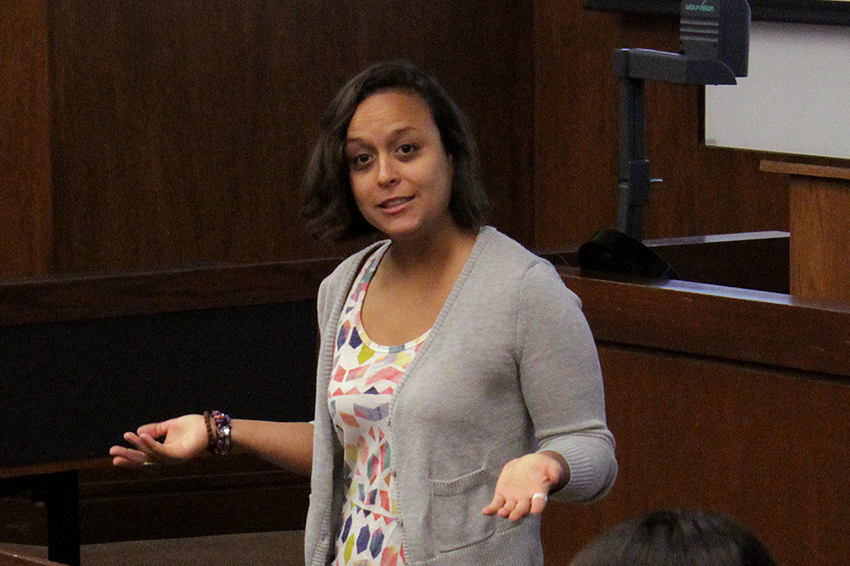 Amanda Williams, executive director of the Lilith Fund, led a “Reproductive Justice 101” training to talk about equal rights and the freedom to choose to have an abortion at the UT School of Law Tuesday morning.

The Lilith Fund provides direct financial assistance to empower people seeking abortion, as well as education and outreach within the community about reproductive rights.

Reproductive justice is about people’s freedom to make reproductive decisions, such as those about abortion and family planning. It exists when all people have the social, political and economic power and resources to make healthy decisions for ourselves and our communities, Williams said at Tuesday’s training.

“The issue is not just about abortion … The problem is that there is racism, there is classism, there are structural systematic problems that prevent people from having the basic need to care for a family,” Williams said.

Williams later pointed out that the number of abortion care clinics is decreasing in Texas, and women of color are usually the most vulnerable group affected by this issue.

The training was co-hosted by If/When/How Texas Law and the Texas Law American Constitution Society, organizations that aim to ensure all people the ability to decide if, when and how to create and sustain a family, and to shape a progressive vision of the Constitution and our laws, respectively.

“Reproductive issue[s are] so important, especially in Texas,” said ACS President Kendall Williams, a second-year law student. “I love that she [the speaker] is more interactive and that makes it a little bit more approachable for students who don’t have familiarity with abortion.”

Williams talked about the history, legal cases and social movements through which people pursue reproductive equity, while invoking audience members to think about what it really takes to get an abortion and other questions.

“As a fellow law student, I would love personally to challenge you all to go forward and in your classes, think about some of the issues’ intersectionality … how the laws have been used as the tool of oppression, and how we can all appropriate that and repurpose it,” said Morgan Shelburne, the vice president of If/When/How Texas Law. “Go and think about ways that you can fight something like that as an attorney.”