Players to Watch vs. California 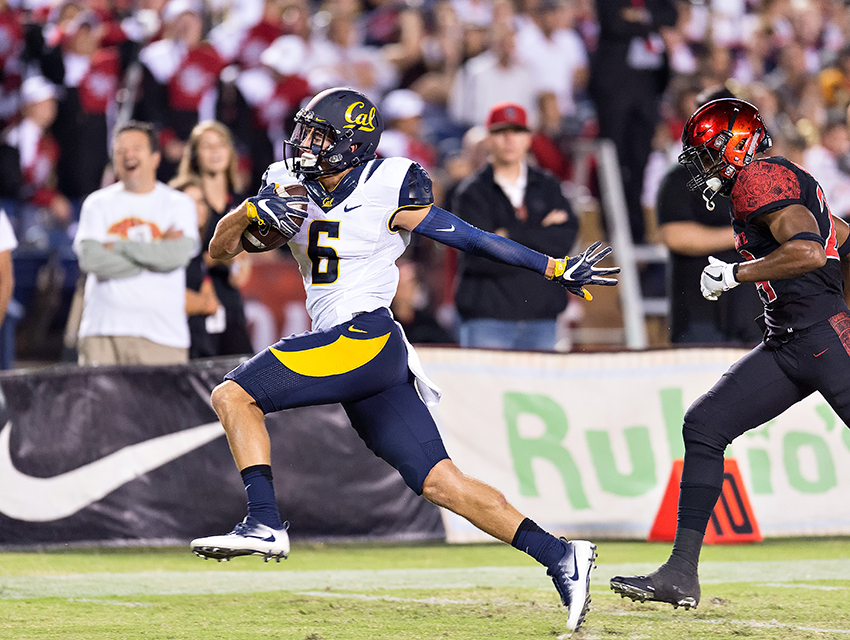 As a graduate transfer from Texas Tech, Webb is already putting up numbers on Cal’s offense. In his debut against Hawai’i, Webb completed 38-of-54 passes for 441 yards and four touchdowns while also rushing for a score. In week two, Webb completed 41-of-72 passes for 522 yards. Webb is best known for leading Texas Tech to an 8-5 record and a trip to the Holiday Bowl in 2013 when he threw for 2,713 yards, including 20 touchdown passes.

Webb is the ideal pocket quarterback who can accurately complete deep throws for quick drives down the field. As one of the top senior quarterbacks in the league, Webb is someone to look out for.

The 6-foot-3, 245-pound sophomore is listed as the No. 2 defensive end on the team. As one of three true freshman to play on defense last year, Saffle already has experience under his belt. After nursing an injury for the first five games last year, Saffle contributed ten tackles and one sack. This season, he currently leads the team with 11 tackles. Saffle has the ability to power his way through the line to create a high-stress pass rush situation. Although he hasn’t yet recorded a sack this season, Saffle will create a high-stress pass rush situation if the Longhorns offensive line can’t hold him.

Hansen started his career at Idaho State, recording 45 receptions for 501 yards. After redshirting his sophomore year at Cal, Hansen became a key player for the Cal’s offense. In the six games he played last season, Hansen recorded 19 receptions for 249 yards, emerging as one of the best among a squad of six other strong receivers. This season, Hansen has taken over as the top target with 28 receptions for 350 yards total in the first two games.

The wide receiver has been the key for long drives down the field, catching short slants and gaining yards on the ground. The Longhorn defense will have to cover him in order to prevent easy third-down conversions.

As a senior, Muhammad is one of the most decorated and dangerous players on the offensive roster. He not only leads all active offensive players in nearly every yardage category, but also ranks second in school history with 1,347 kickoff return yards. Last year, Muhammad was one of three running backs on the Cal offense to rush for over 500 yards while also recording 186 receiving yards. Against Texas last year, Muhammad rushed for a season-high 164 yards on 10 attempts. At 5-foot-9 and 175 pounds, Muhammad doesn’t boast a size advantage, but his quick feet allow for sharp cuts and steep acceleration down the field. Both the Texas special teams and defense cannot allow any possible gaps for Muhammad to get through.