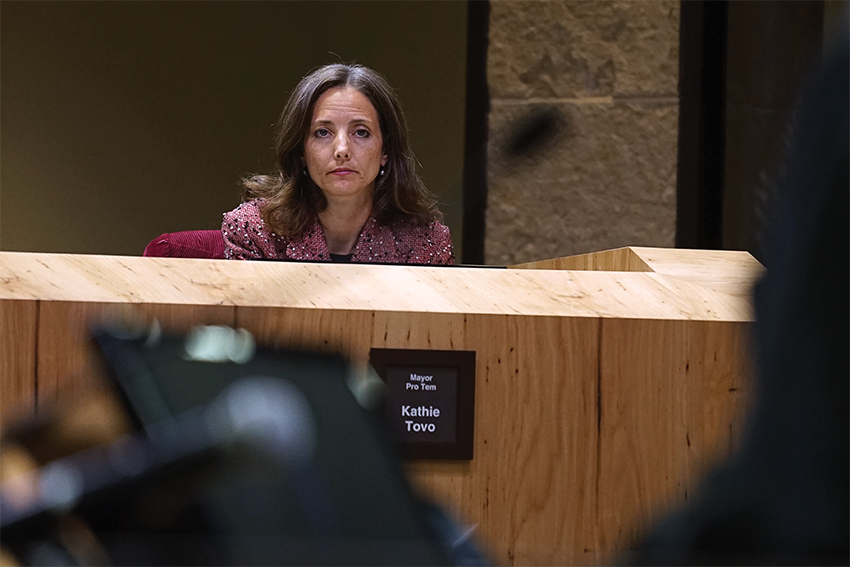 The Austin City Council passed their 2016–2017 budget Wednesday after three days of deliberation, with council members Sheri Gallo and Don Zimmerman voting against the budget and councilwoman Ellen Troxclair out on maternity leave.

Council member Greg Casar voted in favor of the budget and said that the council’s greatest priority was focusing on the long term.

“I think that we’ve shown that our priorities are trying to balance the needs across the city,” Casar said at the meeting. “I think we’re going to be able to help a lot of people who really need it. I think our greatest priority is investing in our long-term future.”

This year’s budget funds a Travis County sobriety center and the Homeless Outreach Street Team, which focuses on assisting the homeless populations downtown and in West Campus. Both of these programs are new to this year’s budget.

“There are items in this year’s budget that are years, if not a decade in the case of the sobriety center, in the works,” said council member Kathie Tovo, whose district serves UT and West Campus. “It has been a very challenging conversation, especially over the last couple of days, and we’ve made some really difficult decisions, but I believe it represents a balance of the many needs we have in our community.”

Both Gallo and Zimmerman voted no, citing opposition to both property tax increases and utility bill increases. Gallo also mentioned her failed motions to increase the disabled and senior homestead exemptions and reduce water utility expenditures.

“We, as a city, provide a wide variety of benefits and programs to our community, but we all know that our city has more needs than we could ever possibly fund and tax our residents for,” Gallo said at the meeting.

Gallo added that cost of living was an issue constituents often voiced their concern about, causing her to vote against the budget.

“I’ve heard from homeowners and renters that our city is becoming more and more unaffordable,” Gallo said. “Addressing financial relief for our community is a priority for me, and in good conscience I cannot vote for a budget that increases property taxes and raises utility bills.”

Troxclair was absent from the budget readings as she is out on maternity leave, but she still voiced her disapproval of the new budget in a statement that was read by Gallo at the meeting.

“Our citizens are facing an undeniable and escalating affordability crisis,” Troxclair said in the statement. “Annual increases in property taxes, utility bills and fees impact affordability for renters, homeowners and business owners alike. As we all look to making responsible budget decisions, affordability remains my top priority.”