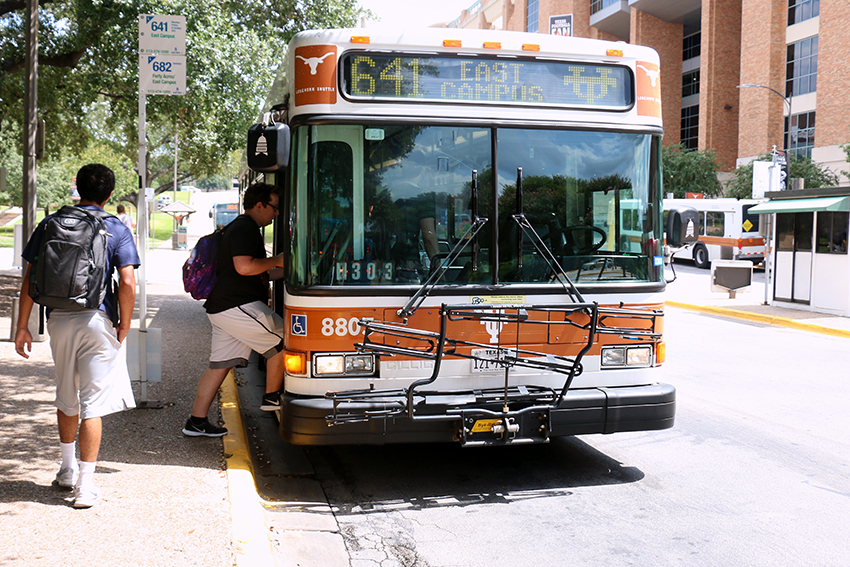 The Capital Metro transit system is exploring ways to revamp its Austin bus routes through an initiative called Connections 2025, a project that analyzes current bus patterns and ridership to make the system more efficient and better serve riders.

The project is part of a comprehensive operating analysis the agency conducts every five years, according to Lawrence Deeter, project manager for Connections 2025.

“It’s something that Capital Metro does on a regular basis,” Deeter said. “We tweak and tune our system, which is rapidly growing, and adjust our transit system to changes. Austin is experiencing rapid growth, but Capital Metro ridership has actually gone down.”

Deeter said one of the goals is to increase ridership by consolidating routes where there is less demand and increasing the frequency of stops where there are more riders.

One criticism of the plan is that it could sacrifice the breadth of area that Capital Metro covers in favor of a higher frequency of stops at frequently used stations.

“It becomes a trade-off issue; it’s coverage,” Deeter said. “If you’re going to provide service throughout the area, buses wouldn’t be able to come by as frequently. There’s an emphasis on frequency over coverage as a result of what we’ve heard from our public input process.”

Deeter and his team have been in the community asking riders and community members what they want from the system. Deeter said he actually asked trade-off questions ­— coverage versus frequency, for example — and the public responded in favor of frequency.

As for changes on campus, Deeter said UT is one of the big three generators of ridership for Capital Metro, along with the Capitol Complex and downtown.

Because of the three generators’ proximity to each other, Deeter said Austin is well-planned for public transit.

“UT is definitely one of our best generators,” Deeter said. “The City of Austin is laid out very well for our transit services. We can access employment and educational opportunities by focusing on just a few streets.”

Deeter made clear that anything the team proposed for UT still had to be approved by the Shuttle Bus Committee, a coalition that includes undergraduate and graduate students, faculty, staff and other residential advisory boards.

“They are proposals; it doesn’t mean that’s what we’re going to end up with,” Deeter said. “We wanted to collect feedback during September, then refine in October.”

Blanca Gamez, assistant director of UT Parking and Transportation Services, reaffirmed the committee would have to approve any proposals made by Capital Metro.

“The University continues to be an active stakeholder for the draft proposal plan,” Gamez said in an email. “I would like to make sure that it is clear that any proposed changes made to the shuttle system will have to be approved by the UT Shuttle Committee.”

The proposed changes for UT include running a MetroRapid line, a route that would run 24/7 right through the middle of campus and consolidating other campus routes.

Deeter will be at the West Mall station on Sept. 20 with Capital Metro from 11 a.m. to 1 p.m. to talk to anyone who has questions about the new routes and changes.