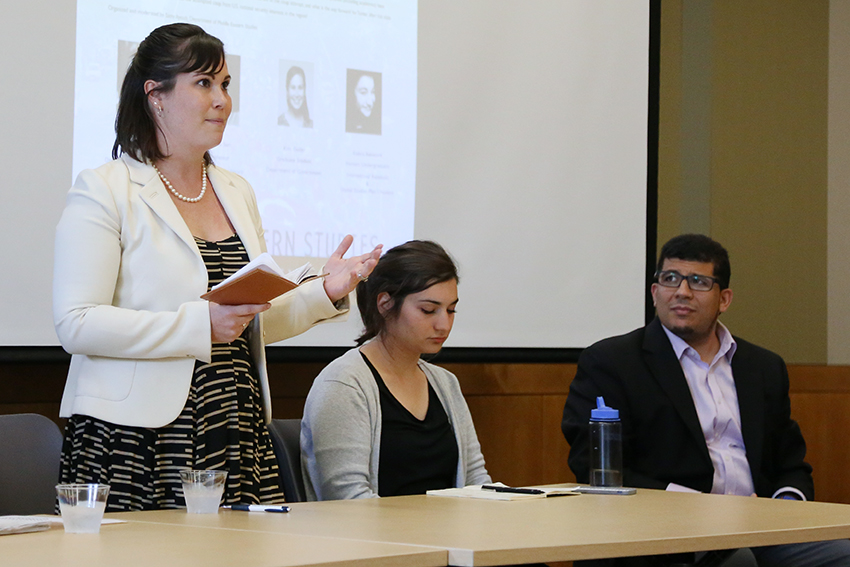 A series of attacks, the rise of ruthless leader Recep Tayyip Erdogan, and 50,000 government employees placed out of work have left many concerned about the recent coup in Turkey.

The Strauss Center and the Center for Middle Eastern Studies co-hosted a panel titled “The Turkish Coup and its Aftermath” on Thursday night to help explain why the coup in Turkey took place and address what efforts would help keep Turkey from crumbling under the weight of its recent turmoil.

Suri was the first to speak and explained what led to the attempted coup and what may come next for Turkey.

“Coups are fundamental,” Suri said. “The coup represents what I think is the end of an era. There is no more Ataturk model. This has enormous implications because it rejiggers the way external powers operate.”

Guiler relayed the rhetoric surrounding the coup and its immediate aftermath. She explained that there currently is a “war of words” and discussed conspiracy theories that had risen in the aftermath of the coup.

"On one side, government detractors are speculating that the attempted coup was a false flag operation staged by the Erdoğan government rather than the military,” Guiler said in an email. “On the other side, the AKP government is placing the blame for the coup attempt on perpetrators — real and imagined — that range from members of the Gülen movement to the US government. One thing is clear, I think. Erdoğan is winning this war of words. The coup attempt has helped to consolidate his power."

Babaturk, who was interning in Turkey during the coup, provided a firsthand account of the condition and mental state of the people during and immediately after the coup. She said people were confused about what was happening in their nation and were concerned about what would happen to their reputation as the ideal example of democracy in the Middle East.

“The only way to describe the event was unbelievable. It felt really unreal at the time,” Babaturk said. “People in Turkey have a really strong view of what democracy is to them, and they are willing to protect it.”

Brownlee concluded by explaining people’s reaction to the coup and said they felt constrained under an almost authoritarian regime before opening the floor to questions by the audience.

Neuroscience senior Fatima Dollar said she thought the panel was a good idea.

“It showed a solid, unbiased opinion of what is really going on in Turkey right now, especially from the people’s view,” Dollar said.

This story has been updated since its initial publication to clarify Kimberly Guiler's explanation on the aftermath of the coup in Turkey.