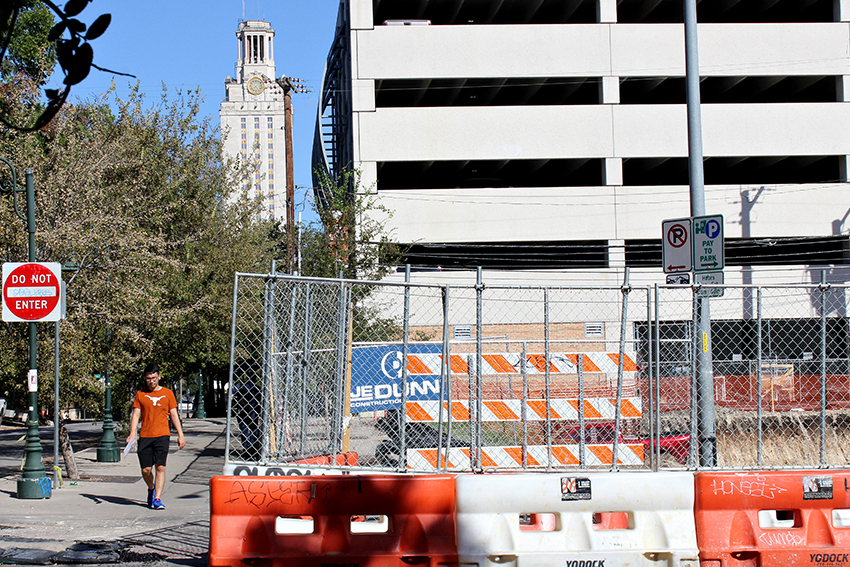 Gentrification in Austin is no new issue. For almost a century, racial minorities have been marginalized by subversive zoning policies but only recently has the issue gained wide-scale visibility. However, as college students generally confined to a small space of the city, it can be easy to forget about this urban exclusion. Despite this oblivion, a lot of the urban landscape surrounding the 40 Acres is a result of a decades-long gentrification process. The University of Texas should provide more affordable and inclusive living spaces around campus by collaborating with the municipal government and community leaders.

West Campus, known today for its frat parties, was once a very different place. Formerly known as Wheatville, the area was established on a former plantation following the Civil War and grew into an enclave for African-Americans. The cultural hub was home to a weekly newspaper, churches and many significant community institutions.

Wheatville was first subject to gentrifying policies in the 1920s. In accordance with the Koch and Fowler city plan, the government shut down public resources serving the black community to move the population eastward into isolation. Although some African-Americans remained in their homes, the area was slowly subjected to unsustainable rent-spikes as legislation aimed at providing convenient, affordable housing allowed more high-density construction. This zoning created the high rises and student homes that now constitute West Campus.

However, the living situation isn’t equitable within the student population either. Crowded by luxury high rises, housing is only accessible to students of a certain financial standing. Madeline Graham, Callaway House resident and neuroscience freshman, said that West Campus is “predominately upper middle-class”.

“Austin has already taken steps to make student living more affordable through SMART, and Callaway is required to offer some units with cheaper rates to students who qualify,” Graham said in a text message. “However, the price of student living is still a huge issue.”

Given its close proximity to campus, West Campus should serve student populations. At the same time, the area’s rich cultural importance in the African-American community cannot be ignored. If Austin is serious about remedying its dark history of gentrification, the city must work to make neighborhoods like West Campus accessible to the populations that have historical claims to them. Furthermore, we should provide housing for students of all socioeconomic backgrounds, not just the wealthiest.

Unless UT works to make West Campus inclusive, the stratification will only continue as more high-cost developments increase property value. Home to one of the most innovative community and regional planning departments in the country, UT has access to minds that understand the complexity of gentrification and other urban issues, as well as its solutions. From a proposal to rebuild I-35 underground to founding a new initiative to study race and gender’s relationship with the built environment, our university is constantly confronting real world urban issues. UT must make use of the resources and connect them with policy-makers, as well as representatives from minority and student populations, to devise a plan for a more diverse West Campus.