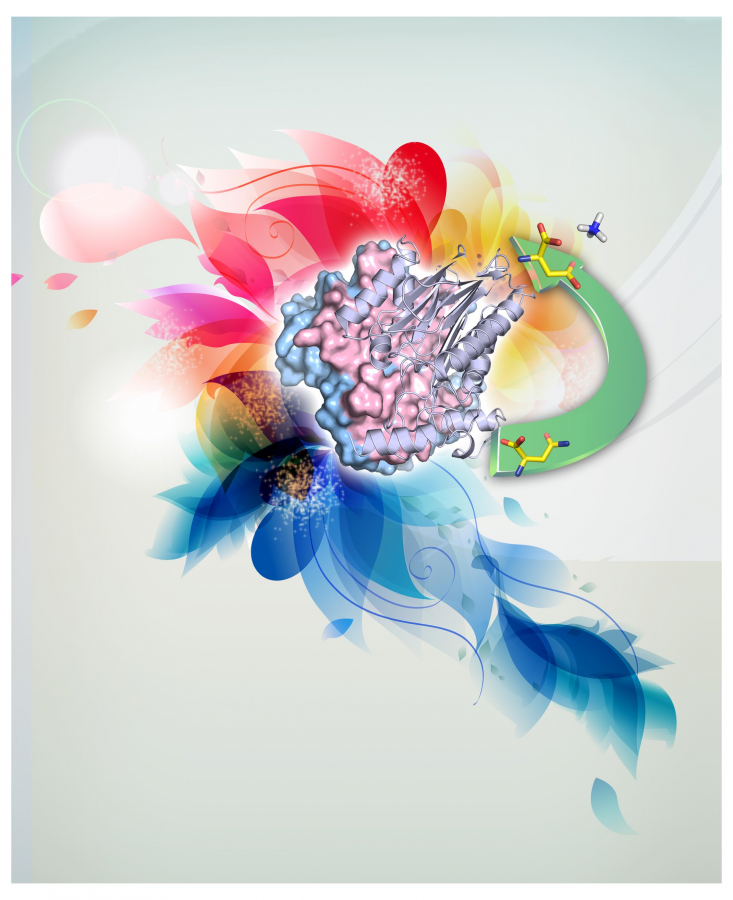 Distracted students in the Department of Molecular Biosciences can now escape their textbooks using a new app called Protein Purification, which has evolved into an alternative to traditional learning.

The app, which simulates laboratory procedures, joins new forms of art, video games and teaching strategies that are being adopted by professors to teach technical concepts in an efficient and applicable way.

In classrooms throughout the department, molecular protein structures are being drawn and painted. Articles and real-world scientific endeavors are emphasized and discussed. Homework problems are addressed and are, often times, the topic of focus.

Professors could simply draw molecular bonds on a chalkboard to a room full of questioning students. However, Yan Zhang, a UT molecular biosciences associate professor, said she likes to take this process in a different direction. Zhang said her ideal classroom incorporates art with science.

“One of the things you can never teach a student is vision,” Zhang said. “It’s easy to get detail about something, but it’s hard to have the large vision about what’s important in the technology world.”

This abstract form of conveying relatively distinct concepts is part of what Zhang said she wishes her students would really see when they look at a problem.

“You sometimes have so much detail that the important point is lost in the detail,” Zhang said.

In upper-division undergraduate classes, students are making the transition away from textbooks.

Tyler Stack, a teaching assistant in Zhang’s classes, said that after spending years learning from textbooks, upper-level students now have the chance to discover how they learned these concepts in the first place. He said this will help them start thinking about what they themselves will put in the new textbooks for the next generations.

Despite there being a textbook, Stack said, it is not issued in Zhang’s classes.

As class tends to drag on, especially in a lengthy lecture of 75 minutes, molecular biosciences associate professor David Hoffman said he likes to change up the end with articles he finds from around the world which incorporate information taught in class into real scenarios. While procrastinating, he said he likes to read articles from the New York Times or science journals, the best of which he showcases to his students.

“You get what we’re supposed to cover in the first two-thirds of the class,” Hoffman said. “And the last third, some sort of real world application to reinforce the topic of the day.”

Classroom models such as Hoffman’s are called “flipped classrooms,” where the emphasis is shifted from the professor to the students.

Hoffman said some classrooms are just beginning to incorporate the flipped method, while others have fully committed to its blueprint.

Gail Grabner, a lecturer in the department, said in her classrooms, students learn new material at home, and come to class ready to ask questions and teach their peers about what they know.

“It’s all about acquisition of the information at home, that’s the easy part,” Grabner said. “[We] work problems in class, and show [students] not only what the right answer is, but why that is the right answer, how you get there, what are the logical steps and to get practice at making those same steps in a different situation.”

“All their classes are 100 percent flipped, because they investigated, and decided that was the best way,” said Grabner. “It’s just an ongoing trend.”

These new methods of teaching all highlight the students specifically, and how they are absorbing the classroom material, as well as their outlook on science in general, Zhang said.

“I actually encourage students to try to incorporate their life with science,” Zhang said. “The way I see it, I always think science is a lifestyle, not a job or a class, it’s wherever you are — it’s there.”