Students should have freedom to use e-cigarettes 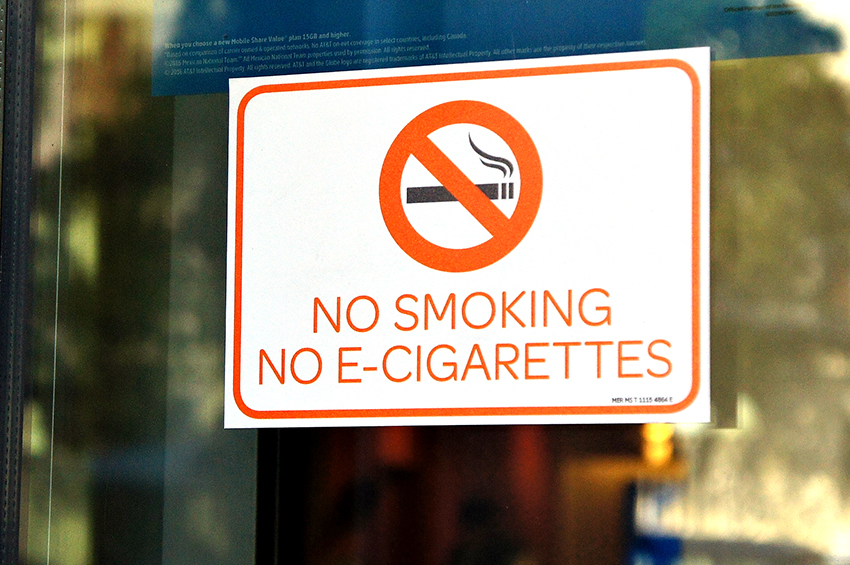 As many of us have labored our way into UT to escape our parents — whom we may grow more or less fond of later — the presumption here is we can finally engage in certain liberties that were once constrained back home. Liberties that, for the sake of our family audience, range from eating copious amounts of cheese things from the microwave to sleeping whenever.

Though we are finally responsible for ourselves, the recent Clear the Air campaign argues otherwise with its ban on campus e-cigarette huffing (no, not smoking) and reverts us back to a stage of adolescence.

Like a concerned guardian, Clear the Air recently sent a university-wide email reminding us in large font that UT is “tobacco-free” and adding a provision this semester that stated “no vaping.” If a student catches any smokers, huffers or other human chimneys on campus, they can demand the perpetrator stop or otherwise anonymously report them. This was enacted to prevent the following three consequences: The risk of second-hand smoke exposure, littering and air pollution and potential for campus fires.

Unfortunately, the risks that Clean the Air argued relate only to cigarette use and not to e-cigarettes and vaporizers.

E-cigarettes and vaporizers can also be effective in deterring cigarette litter and air pollution, as well as providing a combustion-free campus and inhalation of nicotine. These devices have also been deemed to be “effective in helping people quit smoking” according to the U.K.’s National Health Service.

Although nicotine is an addictive and toxic drug with long-term health defects, such as lung cancer, e-cigarettes only affect the user. This campaign misleadingly equates the harm of smoking and vaping, which Dr. Burstyn describes in Popular Science  as “propaganda mixed with willful ignorance”. Although it is uncertain whether Clean the Air’s ignorance was willful or not, if the campaign lacks sufficient medical, environmental and fire-preventing grounds to ban e-cigarettes and vaporizers, then what is the overriding concern?

So far, the e-cigarette concern seems intended to manage the health and habits of the individual. This provides no grounds for UT to regulate. Our University Health Services would much better serve students through greater emphasis on more crucial and pervasive health concerns such as sleep-deprivation and mental health rather than the incessant Tobacco-Free Campus (No Vaping) stickers across campus.

However, if UHS were to add sleep to their labeling crusade, might we expect library door signs that read ”Eye-bag Free Campus,” or  “A Moderate Redbull Drinking Space”? Or perhaps like the aforementioned smoke and vape reporting system, UHS would add a statutory sleep policy: Simply approach the weary student and demand they rest their damn head if they knew what’s good for ‘em.

But such measures will not bother us. We are accountable for ourselves and should ignore this parental tone-of-voice from Clean the Air. Though to warn you even further, just as ineffective D.A.R.E. campaigns in your primary school horrendously attempted to be relatable, Clean the Air couldn’t help themselves either with this tweet: “It’s Taco Tuesday #UTAustin. Remember Tacos NOT Tobacco! #ClearTheAir.”

We were meant to flee dad humor. Let e-cigarette use on campus be at your discretion.