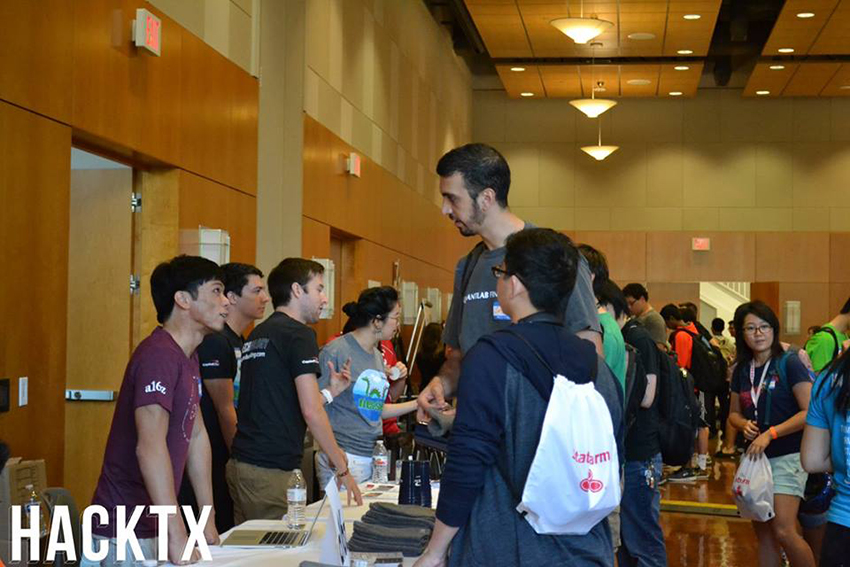 Registration for HackTX, a 24-hour hackathon hosted by UT student organization Freetail Hackers, successfully reopened at 7:30 p.m. Tuesday after an initial failure on Friday. The hackathon, an event where students gather to create apps, hardware or other technologies, will take place Oct. 22-23 at the Omni Hotel.

During the first attempt of registration, users were directed to a page that said “internal server error,” and registration was closed just two hours after opening.

“[At first], we had users get through fine,” said computer science junior Rohit Datta, a technical organizer for Freetail Hackers. “And then, within a few minutes of launching it, we had a very high spike in error codes being returned. That’s when we really began our debugging process.”

According to Datta, the main cause of failure was user authentication through Major League Hacking, a third-party student hackathon league whose servers were not communicating properly with the Freetail Hacker servers.

Additionally, the databases were under a higher load than originally anticipated. Last year, 300 people registered for HackTX in the first hour. On Friday, 300 people attempted to register in the first five minutes. In total, 600 people will be allowed to participate this year, and registration closes October 1.

“Our outreach team did a great job this year of encouraging lots of people who have little experience to not be intimidated by HackTX,” Datta said. “As a result of that, we saw more people apply. I think, while it did crash our servers, we should be proud that so many people want to come to HackTX.”

Over the weekend, Freetail Hackers scaled up its databases to handle 8,000 simultaneous users and worked with MLH to improve the authentication system. This solved the issues in time for the relaunch on Tuesday.

“It’s the reality of life that there will be times when your launches fail,” Datta said. “We were disappointed, but I’m really happy with how our team rallied in the face of a very unexpected failure. Everyone did a great job responding to that and deciding on the best course of action.”

While most users were unable to register Friday, approximately 150 succeeded, in part due to “refresh luck.” Computer science freshman Nick Neighbors was one of those people.

“I was going as fast as I could to create an account, but when I clicked ‘finish,’ I got a server error,” Neighbors said. “I refreshed the page to get the same server overload error over and over. I got the page I needed after several tries and got an email saying I had registered. I was relieved but concerned because most of my friends couldn’t register. The whole debacle frustrated everyone I knew who attempted to register.”

According to Freetail Hackers co-director senior Prakhar Garg, there was some discussion of removing the people who had registered and starting over from scratch. However, Freetail Hackers eventually decided to keep them registered. The 600 participants will be chosen from those who registered first as well as a random selection of people who registered later. Those spaces are even more competitive this year, due to the high interest in the event, which Garg attributes to the hackathon culture in Texas.

“Texas is kind of isolated from the rest of the hackathon community,” Garg said. “For a lot of people, HackTX is the only one they know about, so it’s really special to them — it’s at home and often the only [hackathon] they experience.”

Despite the interest, this is HackTX’s first year to decrease in size. In previous years, the event was held at the Student Activities Center, as opposed to the Omni Hotel. Due to this venue change, HackTX will see 150 fewer participants than last year.

“We’d like to keep growing in future years — branch out of just the Texas scene, become more of a national hackathon than a local one,” Garg said. “That all depends on where we’re located. Hopefully, next year we’ll find a venue that allows us to keep growing.”