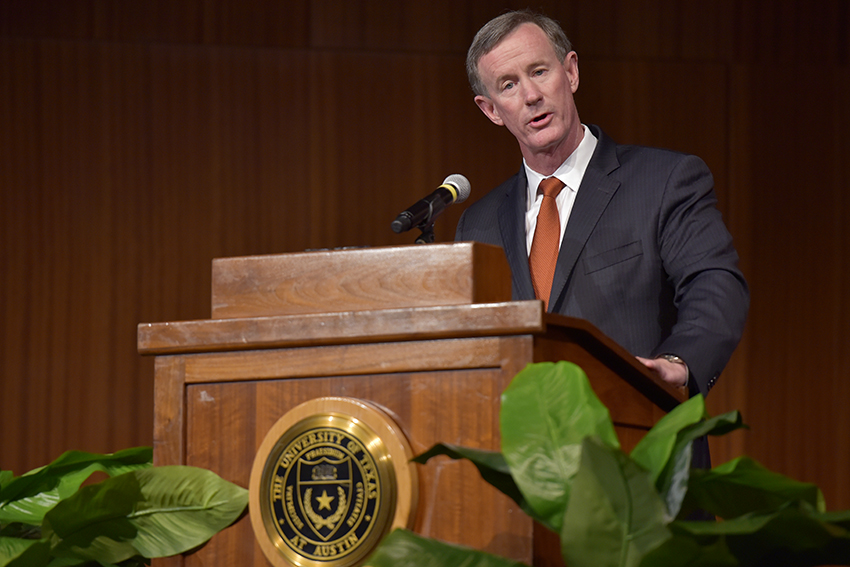 A lawsuit filed against UT System Chancellor William McRaven by Board of Regents Member Wallace Hall was denied last week.

On Sept. 15, three judges from the Third Court of Appeals unanimously ruled against Hall’s second lawsuit against McRaven. The UT System hired Kroll Associates, Inc. to conduct an investigation on UT Austin’s admission process and it showed former UT President Bill Powers used his influence to accept under-qualified students to the University. This led Hall to conduct an investigation of his own and launch the lawsuit against McRaven when his request for confidential student records from the Kroll investigation was denied.

Hall’s second lawsuit against McRaven stated he needed the records to perform his official duties as a regent. It also said System officials don’t have the authority to restrict a regent’s access to information.

“Hall, like each of the other Regents, is subject to the Rules and Regulations by the Board,” wrote Chief Justice Cindy Olson Bourland, one of the judges who ruled in the lawsuit. “The Regents’ Rules provide a procedure by which the Board as a whole may consider and either approve or disapprove by majority vote an individual Regent’s request for a significant volume of information. Hall has not challenged the Board’s authority to disapprove his request — instead, he argues ‘McRaven violated his duty as a university employee to provide relevant information when officially requested by a member of the governing board.’”

The ruling, written by Bourland, stated it was the regents who denied Hall access, not McRaven.

Joe Knight, Hall’s lawyer in the lawsuit, said they are currently evaluating their options and strategy.

“I think it’s troubling for UT, and really for all state agencies, that the court of appeals has ruled that a majority of the governing Board can authorize an employee to withhold relevant information from an individual Board member,” Knight said in an email. “That rule seems to invite cover-ups and defeat the kind of oversight the legislature intended, especially here, given that Kroll specifically found that members of the Board of Regents were complicit in the improper secret admissions program.”

McRaven had offered Hall the documents he requested on several occasions with personal information redacted. He stated that Hall had not provided a justifiable reason for the System to open up confidential student information for him.

“Where federal or state law makes confidential information that relates to a specific individual, whether it is private health information or an individual student’s protected information, it is our duty to ensure that we strictly comply with those confidentiality requirements,” McRaven said last year. “I regret that Regent Hall believes the lawsuit is necessary or appropriate, but I am confident that my actions are in compliance not only with what the law requires, but also with what is in the best interest of our students, patients and employees across the UT System.”

Board of Regents Chairman Paul Foster and Vice Chairman Steve Hicks announced last year they both were in full support of McRaven.

In August 2015, the UT System approved a policy which allows the UT System’s academic institutions to admit under-qualified students if they are acting optimally and properly in the best interest of the institution.