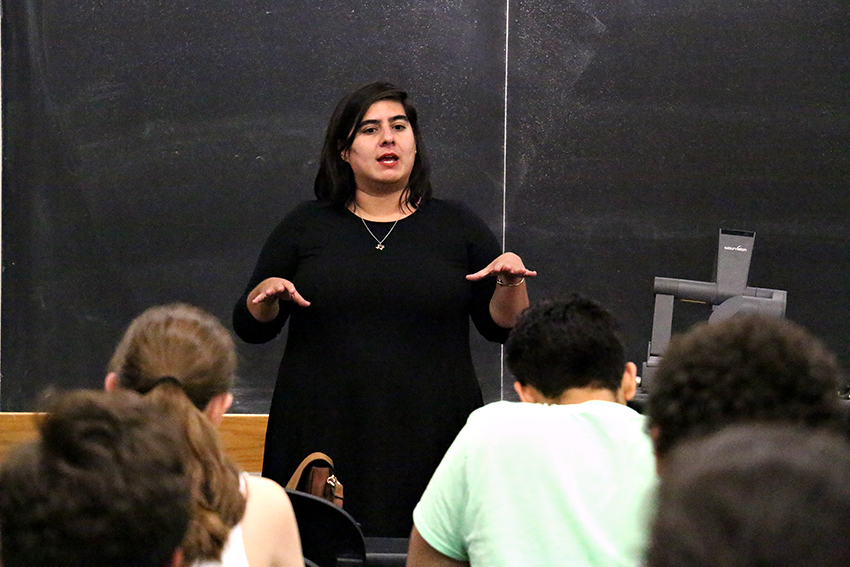 Editor's note: This piece is a part of the Daily Texan Forum featuring the campus political organizations involved in Student Government's political debate, moderated by The Daily Texan. The debate will be held on Sept. 28 from 6-8 pm in FAC 21.

In the upcoming presidential election, the choice is clear. On one side, there’s Donald Trump, who has routinely insulted women, people of color, immigrants, Muslims, disabled people and veterans — just to name a few. He has also demonstrated that he would be bigoted, unpredictable and rash as a president. Or, you can vote for Hillary Clinton, who has been a champion of progressive issues in America for decades and is one of the most overwhelmingly qualified candidates for president that we’ve ever had. As a member of the University Democrats, I’ve witnessed and participated in our fight to elect Clinton on the grassroots level.

As an organization, we’ve registered nearly 2,000 students to vote since the semester started. Members of the University Democrats are leading the county in registering voters, and we intend to register every last person we can until 11:59 p.m. on the Oct. 11th deadline. Afterwards, we’ll be making sure fellow students show up to the polls, calling voters and knocking on doors until Election Day. We’ll be fighting.

If you’re upset that people can carry guns into classrooms, or that you can’t use your student ID to vote, or that access to healthcare and public education is abysmal, join our fight. The first step is voting for and electing candidates who are going to stand up for these important issues. Those candidates are Democrats.

You can help us get students and other Austinites to the polls in November. Not only can you ensure that Donald Trump doesn’t move into the White House next year, you can also help us get more Democrats elected to Austin City Council. You can help us improve transportation in Austin with a mobility bond, and help us get ready to lobby the state legislature in the spring. So join our fight, help us make a huge difference and, most importantly, vote for a positive change.

Alcantara is a Plan II and government senior from Houston. She is the president of University Democrats.