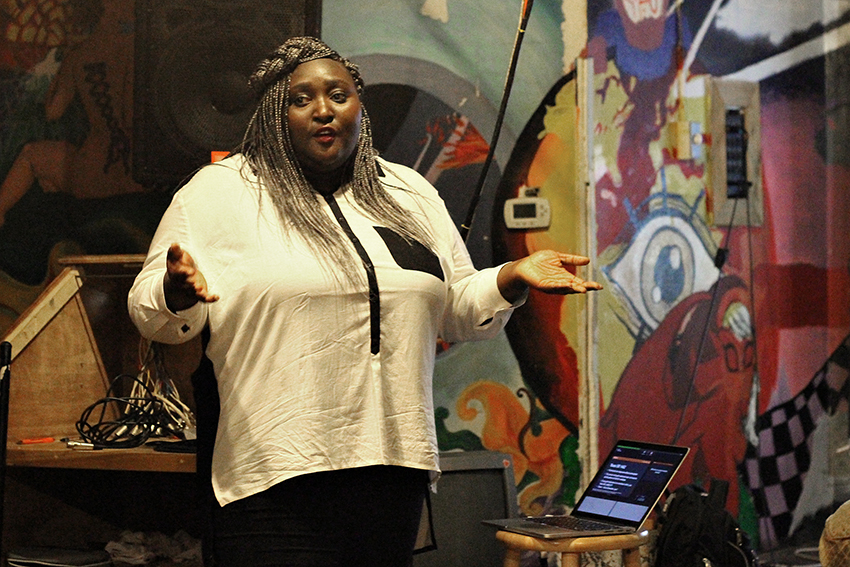 Since 1999, overdose deaths involving prescription opioids have quadrupled, according to the Center for Disease Control and Prevention.

The workshop was the first in the Operation Naloxone initiative, a collaborative effort by the Student College of Clinical Pharmacy and the Student Pharmacist Recovery Network to raise awareness about a problem that affects both prescription and recreational drug users.

JP Sanchez, a pharmacy graduate student and the SCCP president, said knowledge about how to respond to opiate overdoses is valuable despite the low probability that participants will need to use it in their lifetime, similar to knowledge of fire extinguishers or CPR.

“Maybe UT itself doesn’t have an opiate overdose problem, but that doesn’t mean there aren’t people who are affected by it,” Sanchez said. “Even if it doesn’t affect the vast majority of the population, the people it does affect, it affects greatly.”

So far, Operation Naloxone has organized workshops for housing cooperatives and residence halls, although Sanchez said the group hopes to expand its audience to include other groups and organizations in the future.

Andrew McClure, 21st Street Co-op education representative, said college students are already likely to engage in high-risk behaviors, such as recreational drug use, and these
behaviors are brought to the co-op when they host music shows and other events. Due to this, McClure said residents should be informed on how to handle situations that may occur.

“Our house is also an event venue, so I think it’s a good idea for us to have some level of responsibility in case something goes wrong,” McClure said. “Because it is our home, we want to make its safety our primary concern.”

Andrea Laguado, a pharmacy graduate student and the SPRN president, who lives at a housing cooperative herself, said close bonds form within the co-op communities and residents want to be able to help one another.

“I think since [co-op residents] become a family, even if you’re not a drug user, you want to know [how to deal with drug overdose incidents] for your family members,” said Laguado. “You want to be ready in case one of your house members goes through something. It’s always about looking out for each other, and that’s why they’re so receptive to it … they feel like ‘What if it happens at this house? I want to be ready for my people.’”