Stopping and smelling the roses has a special significance for humanities sophomore Ian McEntee. When his grandmother, who had a large hand in raising him, passed away, he wanted to celebrate her life with art featuring her favorite flower.

“Tattoos are an easy way to commemorate someone in your life,” McEntee said. “I grew up with her because my parents worked full time, so she was the driving force behind raising me. When she passed, it was just the easiest way [for me to commemorate her] even though she hated tattoos and is probably yelling at me from heaven right now.”

McEntee said he has always associated pink roses with his grandmother. He wanted to pair the flower with a quote from his favorite band, Delta Rae, as a way to show his grandmother’s zest for life.

“She didn’t see death as something sad, she saw it as something joyful, something to be celebrated,” McEntee said. “Her last wish was that her husband, who died 30 years prior to her, would meet her at the gates of heaven with a bouquet of pink roses. Her funeral was decorated with pink roses. When she died, we even smelled pink roses in my mom’s car. Pink roses have been a huge thing for me.” 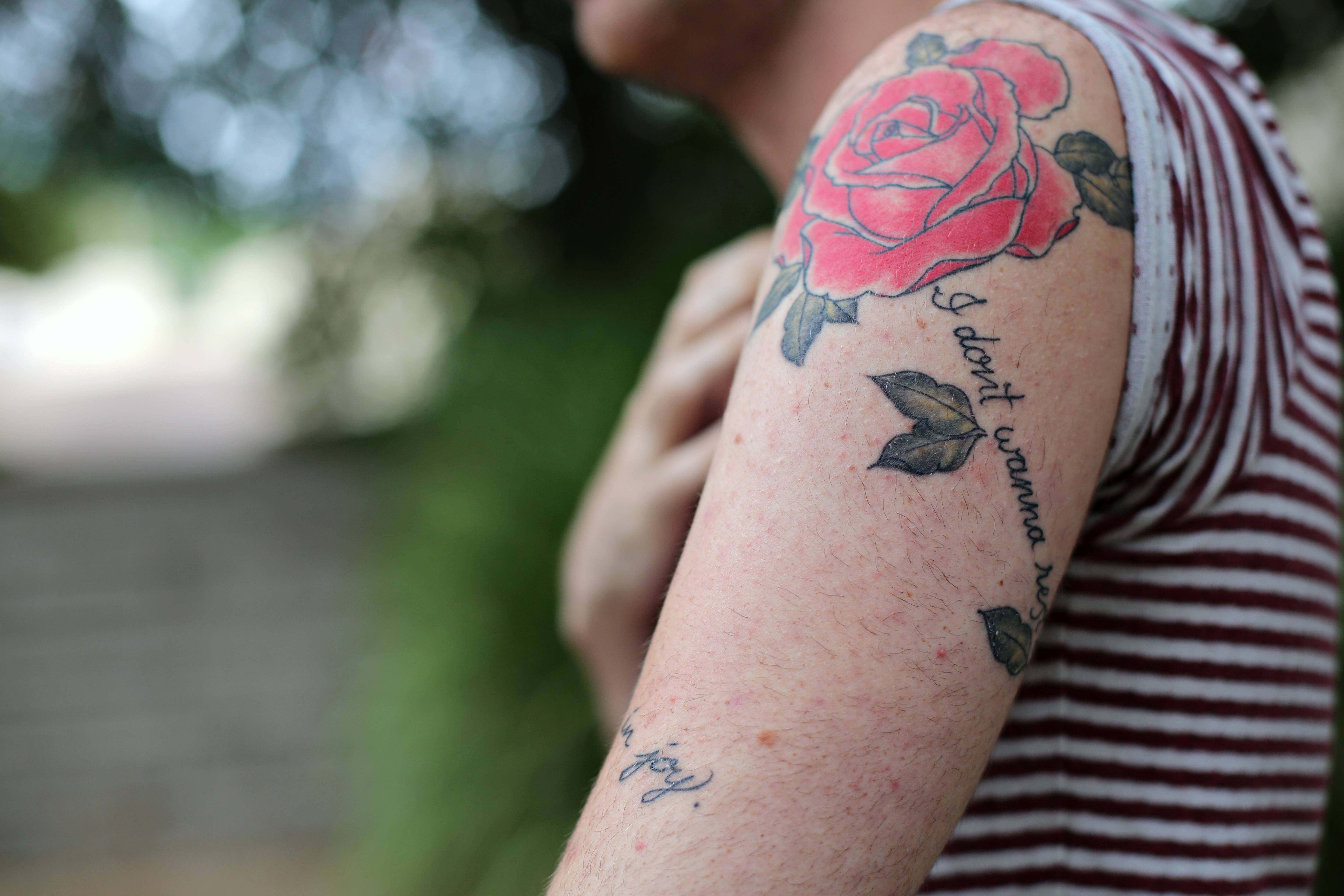 When social work sophomore Monica Flores decided to get a tattoo last June, she wanted a design that would remind her she’s becoming a better person. Though some may regard the sun and the moon as opposites, Flores sees them as partners, working together in cosmic concert. 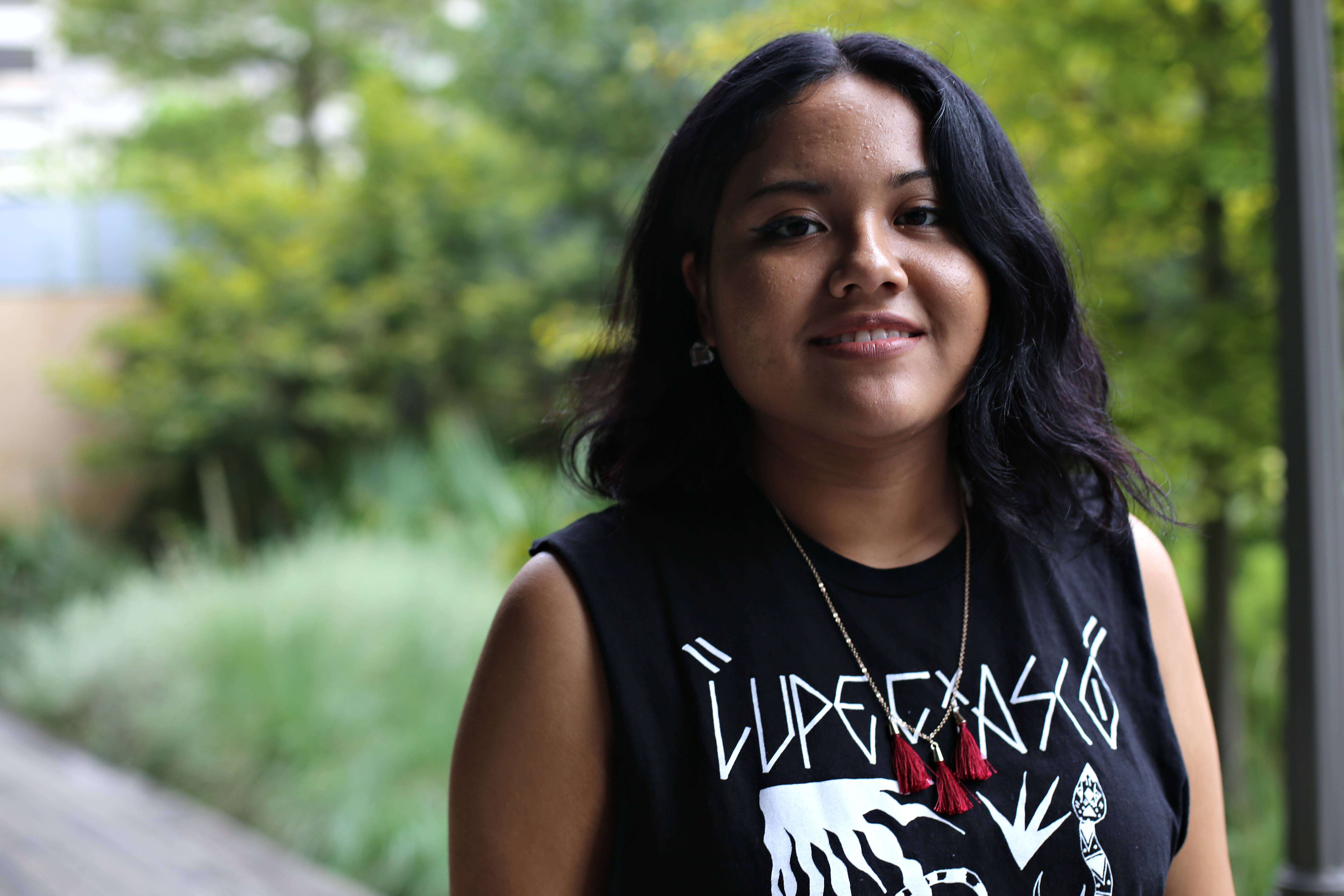 “I really wanted my [first tattoo] to have meaning and be something that’s important to me. It’s something that I’ve kept in mind for awhile,” Flores said. “For me, the sun means strength, vibrancy and resilience, and the moon is imagination, creativity and beauty. They’re just little things I try to keep in mind when it comes to growing as a person, things you should be, things you should have and be proud of having.” 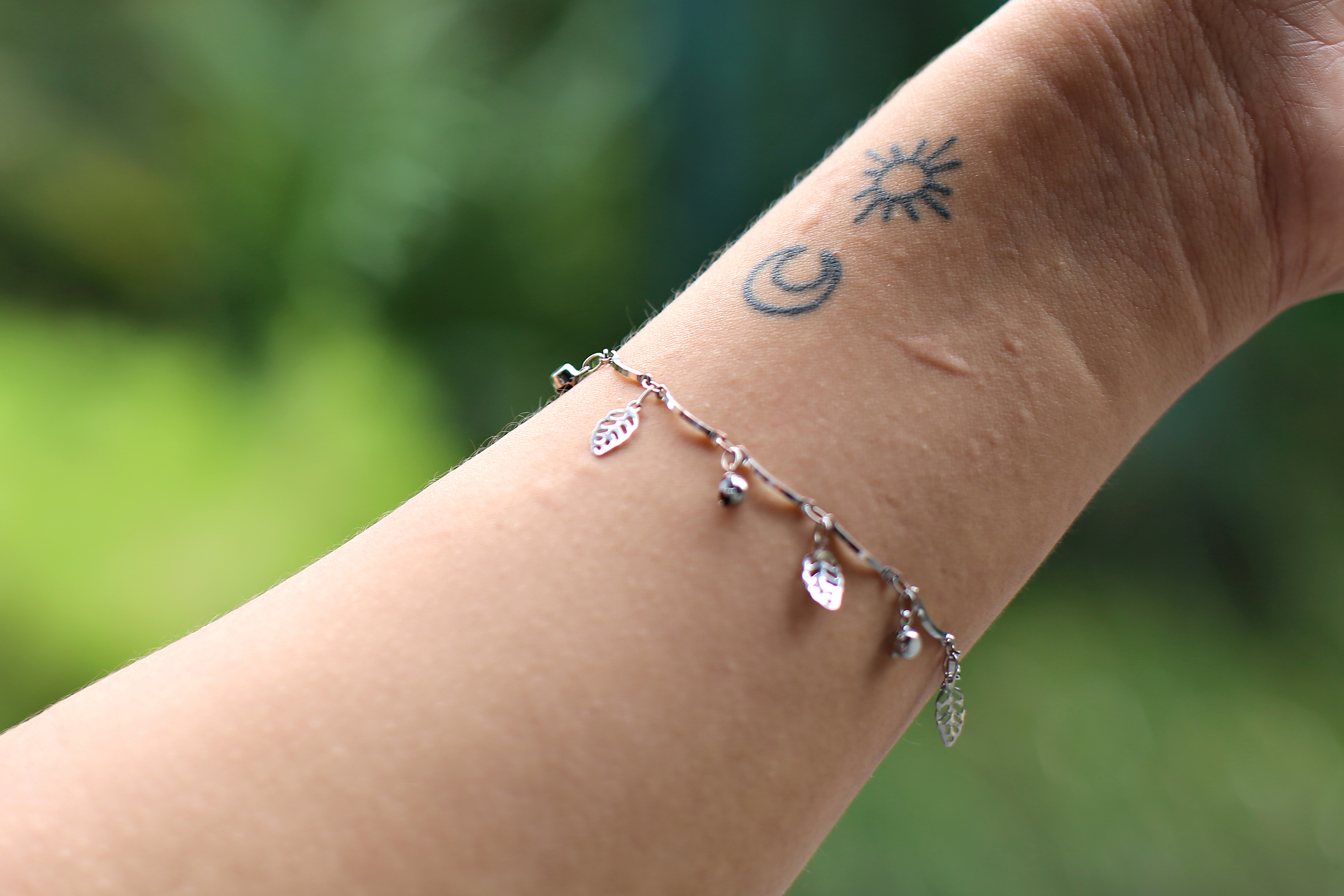 As a social work graduate student, Myrick has a deep sense of compassion for the human condition but said she strives to expand her point of view to a more global perspective. 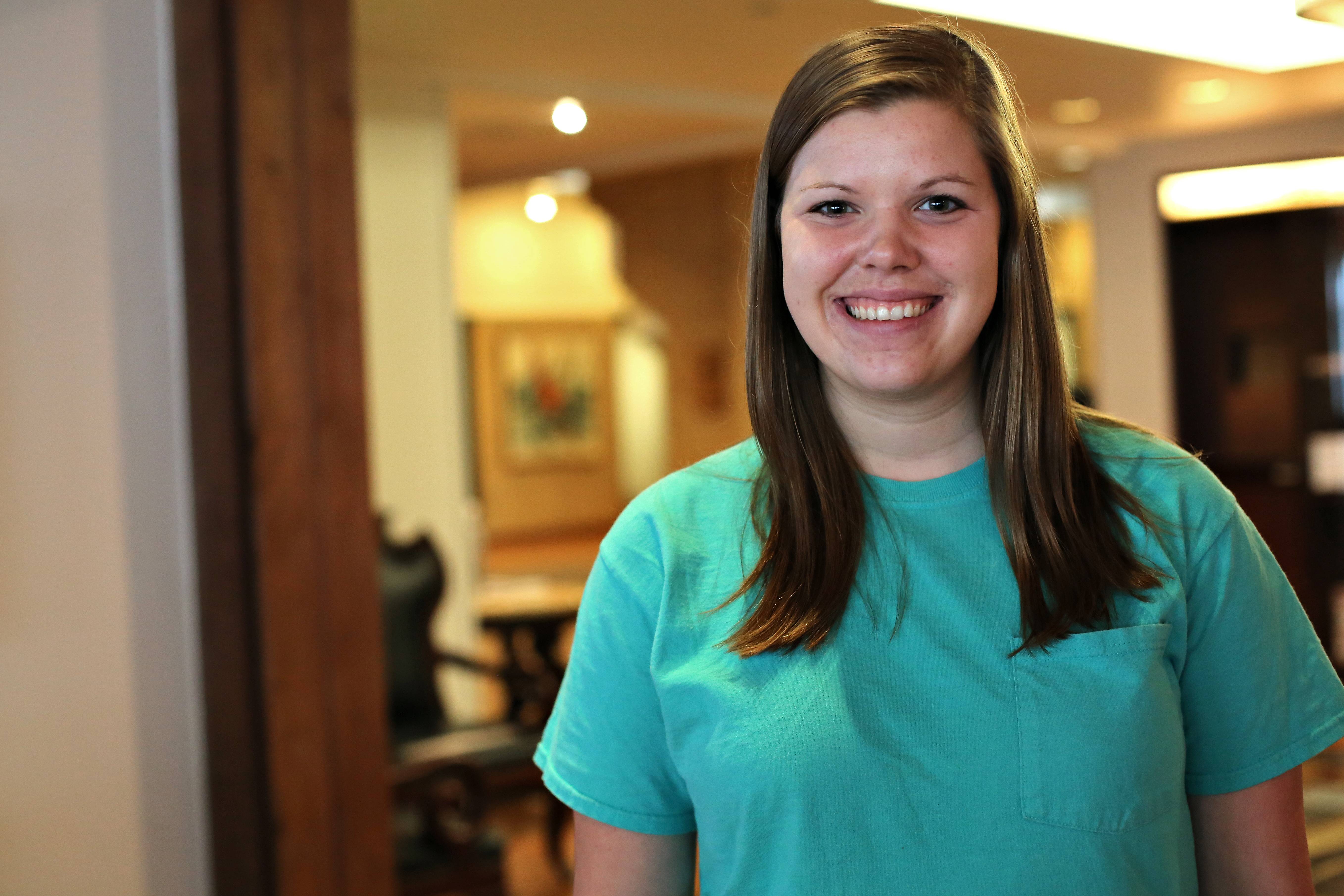 “My two passions are traveling and social work, so I think [this design] is a good representation of traveling and [how] empathy is a very important aspect of social work and my life,” Myrick said. “It also shows how you should show empathy to the whole world.”

Myrick said she hopes her tattoo of the world covered by an empathy symbol will remind herself and others to keep kindness in mind when interacting with people.

“If you approach people [from] an understanding standpoint, you’re going to find things that you have in common,” Myrick said. “If you take that perspective of ‘Everyone has their own way of doing things and that’s okay,’ then everyone will just get along more and there will be more peace in the world.” 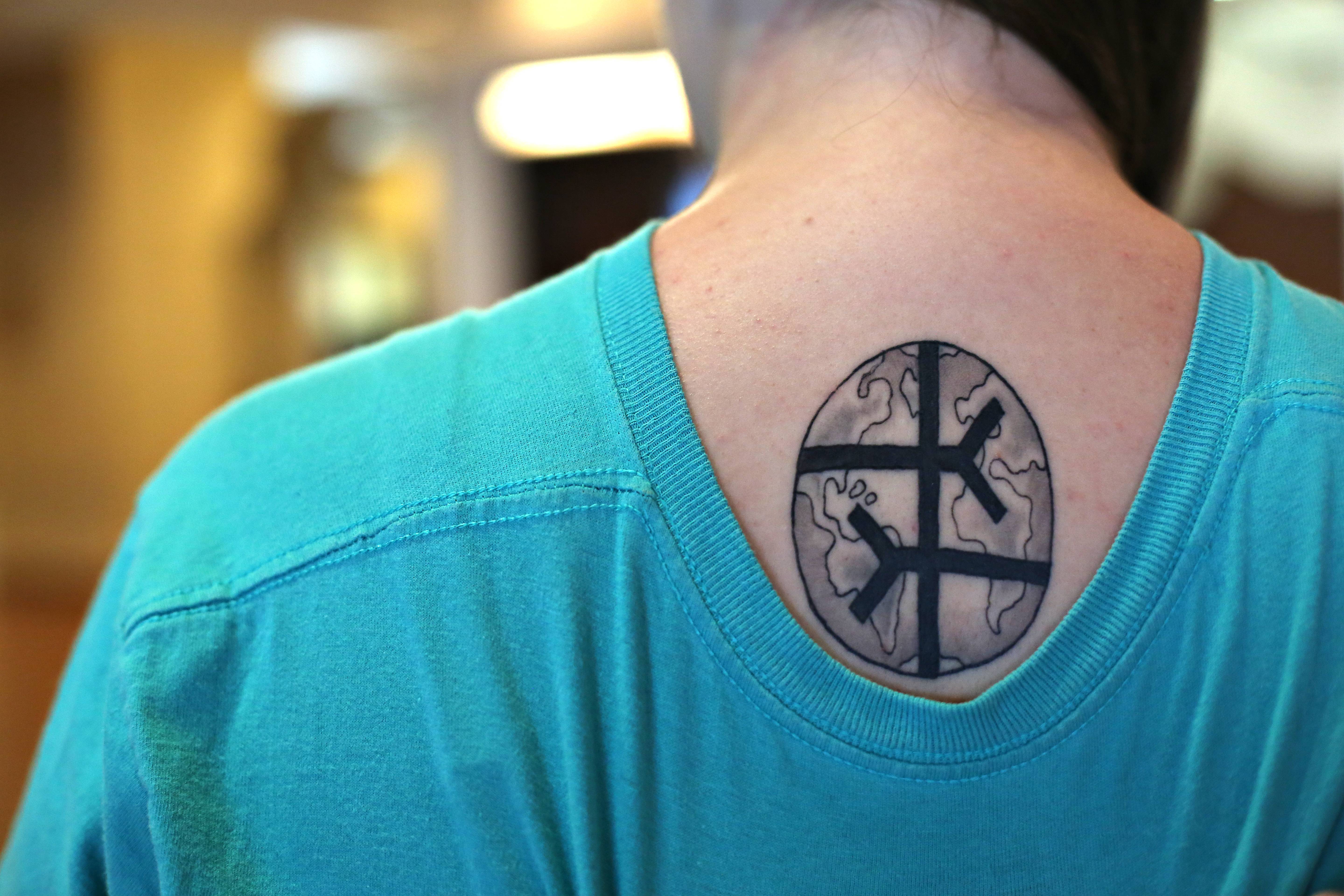