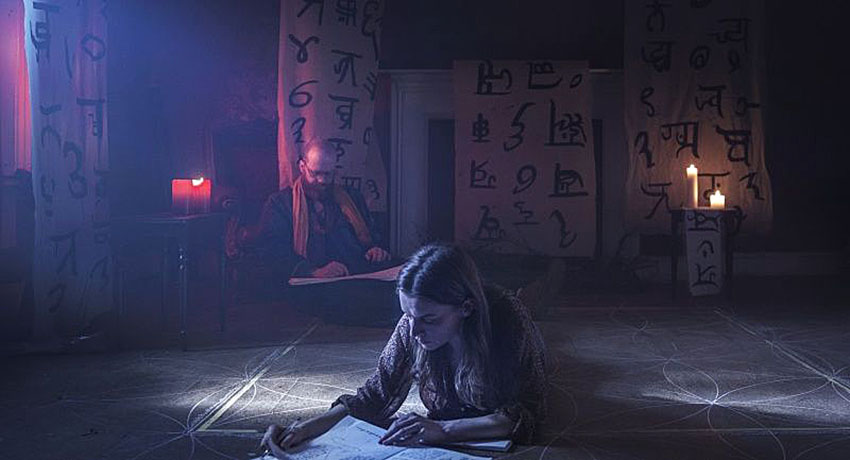 “A Dark Song” is the kind of horror movie that creeps forward and relishes in its heightening dread. It doesn’t want you to scream or jump. It wants you to get goosebumps, to stare into the shadows and wait, unable to hear anything other than the pounding of your heart.

Before “A Dark Song” crescendos to its grim climax, it begins with the broken-hearted Sophia (Catherine Walker) hiring Joseph (Steve Oram), an occultist, to help her conduct a black magic ritual in a remote country house. Sophia intends to use the ritual to exact revenge on her son’s murderers, while Joseph hopes communing with spirits will help him escape from the outside world.

The ritual will take six months. Some peculiar tasks are required: Joseph must surround the house with a circle of salt that he and Sophia cannot cross, and they must stay awake for days on end to commune with ancient spirits and demons.

Sophia and Joseph slowly find themselves worn down by the long, painful process. It doesn’t help that they rarely find solace in each other’s presence. Walker and Oram sustain the drama with performances that convey the damage both their characters have suffered. Walker approaches the stranger parts of the ritual with the expected skepticism, while Oram throws himself completely into the believer camp. Conflicts about the ritual arise between them, but the juicy conversations they have revolve around their deepest desires. In the end, they are just two souls hoping to find something better.

“A Dark Song” is similar to “The Babadook” in that it is also a parable about parenthood and letting go. Obsessed with vengeance, Sophia presses on, even though every sign tells her she should abandon her quest. Not that abandoning it will help, though — Joseph says the ritual must be seen to its completion once it is begun. Sophia will have to live with her choice, and only by experiencing the ramifications of her decision can she truly overcome the death of her son.

Director Liam Gavin constructs every scene to have an unsettling mood. He often conceals the movie’s many terrors behind closed doors and in dark corners. It’s never revealed what kind of forces threaten Sophia and Joseph, giving the antagonists a welcome mystique and helping the supernatural merge with the film’s mundane setting. A stellar debut effort, “A Dark Song” is an effective horror picture that hinges on drama rather than scares.