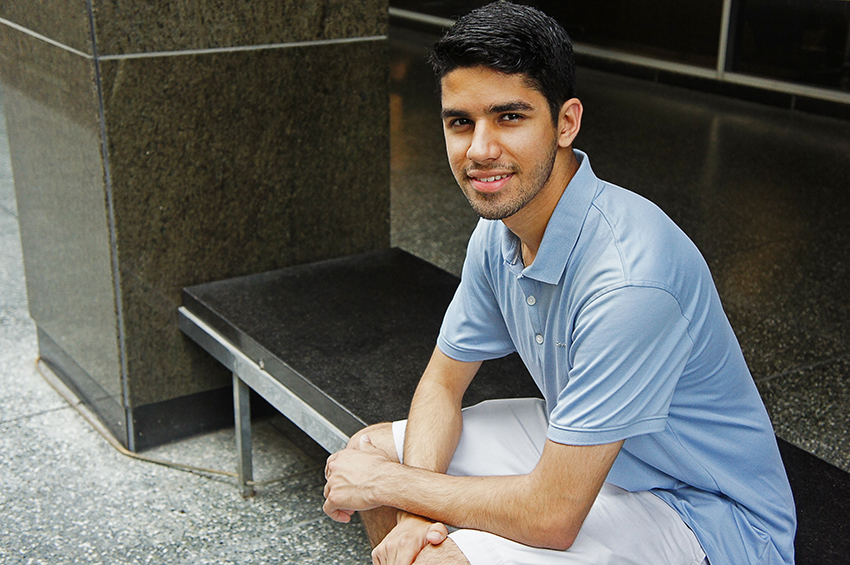 The United Nations recently selected Karan Jerath, a petroleum engineering sophomore, as a U.N. Young Leader for Sustainable Development Goals, a title he will hold for the next two years.

The announcement on Sept. 19 came less than a year after Forbes Magazine named Jerath to the 30 Under 30: Energy list, which highlights young adult game-changers in the energy industry.

Over 18,000 people between the ages of 18 and 30 were nominated for the U.N. Young Leaders inaugural class but only 17 were chosen. To be considered, each nominee developed a platform on one or more of the U.N. sustainability goals.

“This is essentially the world’s plan in terms of fighting climate change, poverty, hunger and so on,” Jerath said. “There are 17 sustainable development goals, and the idea is to meet certain requirements for each one by 2030.”

Jerath will be focusing specifically on goal No. 14, “Life Below Water,” and goal No. 4, “Quality Education.”

“Right now, one of my research projects is cleaning up oil spills in the subsea environment, so that’s why I fit really well with No. 14, because that’s aimed toward protecting marine ecosystems,” Jerath said.

In high school, Jerath designed a device using modeling software that has the potential to clean subsea oil spills. Jerath said the device, which won at the 2015 Intel International Science and Engineering Fair, can be employed whenever a spill is detected.

The device then collects the water, oil and gas molecules at the spill site and separates them into their homogeneous phases. Once in the same phase, these molecules can be immediately recycled and are no longer harmful to the environment.

Jerath said his involvement with the science fair allowed him to promote STEM education and sustainability projects to a younger generation of scientists. Part of Jerath’s platform as a U.N. Young Leader includes this type of outreach.

“Karan is a motivated, personable student and an entrepreneur,” Olson said. “Not only does he excel in the field, but he is a strong advocate for promoting the importance and benefits of STEM to high school students.”

Jerath has also been working with the other 16 U.N. Young Leaders to plan out the year’s sustainability goals. Jerath said one of their ideas is to create a project similar to Humans of New York.

“There were over 18,000 other nominees, and we could get their stories heard as well, because they’re definitely doing incredible stuff,” Jerath said.

According to the U.N., Jerath and the rest of the inaugural class will play an integral role in achieving the 17 goals.

“We are extremely proud of Karan,” Olson said. “I know he will make significant contributions toward achieving the Sustainable Development Goals, particularly in the areas of energy and education. We are excited the U.N. will have an aspiring petroleum engineer on their team.”

Jerath and Jake Horowitz, the founder and editor-in-chief of Mic, are the only two U.N. Young Leaders selected from the U.S.

“It’s been a real honor, and I’m humbled by and thankful that I have this opportunity,” Jerath said. “It’s not something that I really expected to end up receiving, but I’m really thankful for it.”