300: Harry Ransom Center Instructor helps professors and students connect to the past 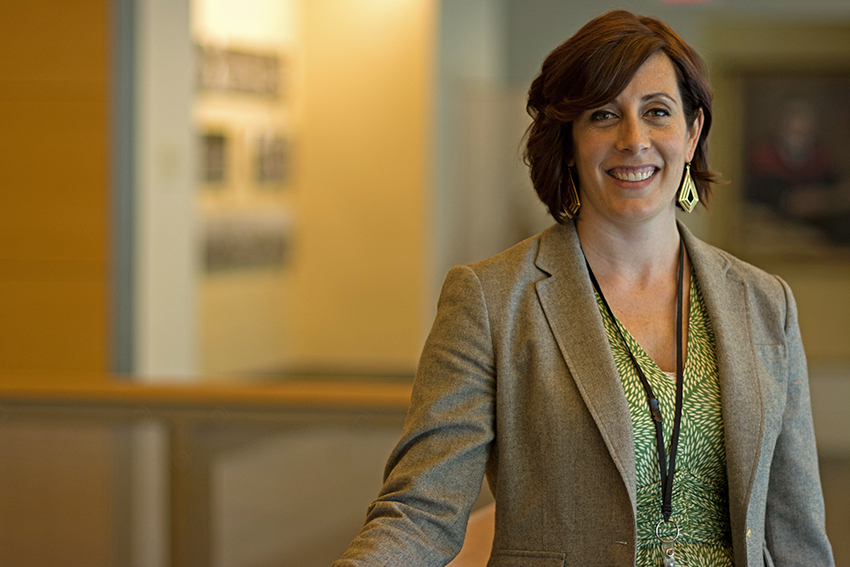 Snooping around her father’s desk as a young girl, Andi Gustavson found snapshots her dad took as a soldier during the Vietnam War. But unlike many of the violent images taken during the war, her father’s photos showed soldiers playing cards during downtime.

These photos sparked Gustavson’s interest in historical images. Decades later, as the Instructor Services coordinator at the Harry Ransom Center, she uses archival documents to help professors and students connect to the past.

As an undergraduate, one of her classes was about the history of photography, but what it failed to examine was how images like her father’s affected understandings of war.

Later, she decided to see the connection herself. For her dissertation, she studied snapshots from the Cold War and how the tone of the photos affected peoples’ perceptions. During this time, she taught a class at the HRC using their vast historical photography collection.

When she finished her dissertation, she was hired by the HRC and now devotes her time to poring over archives.

One photograph she has used with students is one of herself as a young girl, standing near a tent in her dad's Air Force jacket.

“I started to think about what it meant that I was wearing his military gear,” Gustavson said. “How is this a family photograph, how is this a photograph informed by war and the connections between those things.”

Now she adores watching students make connections about historical events while simultaneously seeing how the information translates to their class as a whole.

“They’re taking part in building arguments about our world,” Gustavson said. “It’s exhilarating … They might see this tiny detail in a manuscript or photograph that I never would’ve noticed.”

This story has been updated since its initial publication. Gustavson did not go to UT for her undergraduate studies.