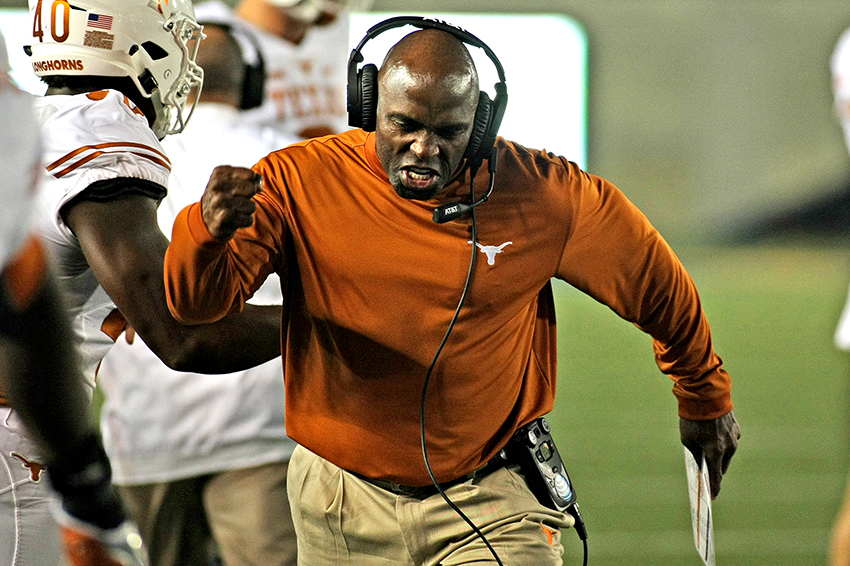 The Longhorns were gashed by an opposing quarterback once again this past Saturday. Oklahoma State junior quarterback Mason Rudolph threw for 392 yards and three touchdowns while completing more than two thirds of his passes. Rudolph helped the Cowboys put up 49 points on the Texas defense, marking the third time this year the Longhorns have surrendered more than 40 points.

Through the Longhorn’s first four games, the team ranks near the top of the Big 12 both in sacks and rushing defense. However, the defense is allowing more than 250 passing yards per game and has yet to record an interception. At this point, it’s obvious what the Longhorns have to do to pull out a victory against Oklahoma this weekend. Their secondary must find a way to slow down the Sooner passing attack.

Oklahoma junior quarterback Baker Mayfield came into this season as a Heisman favorite, and is coming off of a strong performance against TCU. Mayfield efficiently orchestrated the Sooner offense, leading them to 52 points in a win over the Horned Frogs.

If Texas is to win this Saturday, they need a repeat defensive performance. The run defense must continue to be stout, and the pass rush must continue to get to the quarterback. If the secondary can take a step forward and at least contain the aerial game, Texas can claim victory in the Red River Showdown.

The Longhorns lose if they get into a shootout. Texas was able to pull out a high-scoring victory against Notre Dame in their first game, but have shown an inability to keep up with explosive offenses in losses to California and Oklahoma State.

Dating back to last season, the Longhorns are 1-8 when giving up more than 35 points. Like almost every other offense in the Big 12, the Sooners are capable of putting up points.

Oklahoma is averaging just under 40 points a game, and has dynamic playmakers across the board. They will pose another challenge for the Longhorns, and if the Texas defense is unable to slow them down, Charlie Strong and company could be looking at a third straight loss.

Offensively, the Longhorns can help their defense by controlling time of possession and running the ball effectively. Keeping the Oklahoma offense off the field would go a long way in capturing a victory.  However, with sophomore running back Chris Warren III out for the game and junior running back D’onta Foreman coming off an abdominal injury, the Longhorns could have trouble accomplishing these tasks.

Ultimately, the Longhorns lose if they are unable to contain the Oklahoma offense and keep them off the field.