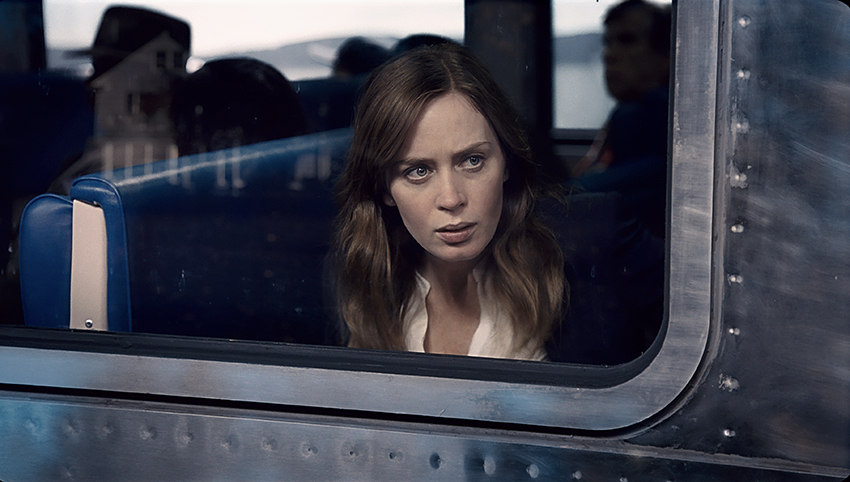 “We are tied forever now, the three of us,” laments Rachel (Emily Blunt) at the end of “The Girl on the Train.” “Bound forever by the story we share.”

On paper, the story that ties Rachel to two other housewives on the train tracks sold 11 million copies worldwide. Now, translated to the big screen and anchored by Emily Blunt’s masterful lead performance, “The Girl on the Train” packs potential, but director Tate Taylor’s film adaptation squanders its promising premise with poor pacing, choppy editing and a blatant lack of creativity.

Blunt steals the show as Rachel, an alcoholic divorcée devastated by her inability to conceive a child. While she’s drunk in most of her scenes, she conveys chilling hopelessness; Rachel is lost in the past, fantasizing about the life she lost. She’s heartbreakingly sympathetic as audiences wonder if she’s self-destructive, or if someone else destroyed her.

Though she’s jobless, Rachel “commutes” on the same train into New York City every morning to glimpse the home and husband she once knew through the window. Rachel also passes wife-husband duo Megan (Haley Bennett) and Scott’s (Luke Evans) house nearby and fantasizes about their seemingly perfect marriage.

Suddenly, Megan disappears, and Rachel thrusts herself into the investigation, convinced she saw Megan cheating on Scott the day she disappeared. As the trailer tantalizingly promised, the stage is set for an engrossing mystery. But “The Girl on the Train” forgoes this for a plodding, awkward odyssey through three intertwined love triangles.

Instead of a story full of mystery and suspense, Taylor hopes to entertain with bursts of sex, violence and stilted arguments. Each new layer of flashbacks or memories reveals more about each character’s corrupt past, which, instead of adding intrigue, leaves audiences without a single likable person onscreen. A wooden police detective (Allison Janney) helps little — it seems her only job is to point blame at victims before being proved inevitably wrong.

“The Girl on the Train” shares countless similarities with 2014’s “Gone Girl.” Both are thriller novel adaptations involving a missing woman, sex, violence and marriages gone awry. But in “Gone Girl,” director David Fincher built suspense through restrained, artful direction, then shocked the audience with a twist ending. Alfred Hitchcock framed a similarly voyeuristic masterpiece 60 years ago in “Rear Window” with many of the same techniques. “The Girl on the Train” instead relies on messy flash cuts, disorienting close-ups and recurring images out of context. Here, Taylor compensates for the lack of impact with outright exploitation, as the film’s only suspenseful scenes involve women about to be beaten or killed by men.

Where “Rear Window” proved its lead’s suspicions right, and “Gone Girl” left viewers breathless from its sheer craft, audiences who watch “The Girl on the Train” are left with a bluntly cynical conclusion about human nature. Taylor tries to cushion it beneath a nauseatingly forced final scene as a voiceover shares vague, positive messages while a train rounds a curve.

But this train isn’t graceful or majestic. No steam cloud hangs in its wake. It’s a New York metro rail line: mechanical and impersonal, devoid of style. When this train vanishes around the curve, it’s gone without a trace. “The Girl on the Train” proves equally forgettable.

“The Girl on the Train”