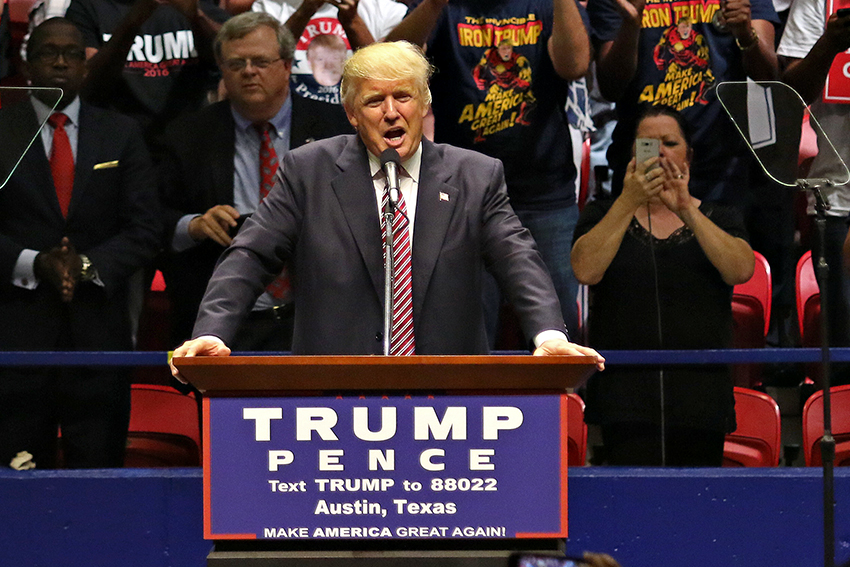 No more than the infantrymen at Sumter knew, the shots fired by the congressmen on the Salt Lake late Friday may very well, in retrospect, be the ones that cascade into civil war, at least for the Republican Party.

Saturday morning was, upon first glance, no different than any other. Mothers took their children to the playground. Young professionals, undeterred by creeping debt and dipsomania, sat at wooden tables and ingested gravy, mimosas and biscuits. The Longhorns fell to the Sooners in Dallas. But the ignominious death or disemboweling — depending on the perspective — of an institution around since 1854 loomed in the background. The dead are not grand, and are surely no longer old, but a postmortem party will be sure to follow, one that continues along with its wretchedness and obstreperousness until final annihilation on Nov. 8.

Donald Trump shocked a country that thought it could no longer be shocked. On leaked audio first published by The Washington Post, the Republican nominee described in obscene detail his penchant for sexual assault.

In another clip, he lamented his inability to commit adultery with a specific woman.

This — not calling Mexicans rapists, not proposing to ban the entire Muslim religion from entering the United States, not suggesting that Muslims wear special marking on their clothes, not advocating the punishment of women who get abortions, not making racist comments about a federal judge, not denigrating a Gold Star mother — was the last straw for the Republican establishment, or whatever is left of it.

Former Gov. Jon Huntsman Jr., R-Utah, was the first to rescind his endorsement. He was soon followed by Rep. Jason Chaffetz, R-Utah, and a stampede of others from the Beehive State, including its governor. By the end of the weekend, countless other elected officials, including Sen. John McCain, R-Arizona, had withdrawn their support and demanded Trump drop out of the race. It is unclear if this is even possible. The Republican National Committee halted joint projects with the campaign.

And yet, Trump perseveres. He says there is “zero chance” he will bow out. On Sunday, Trump tweeted about the “self-righteous hypocrites” denigrating him, predicting that they will lose subsequent elections. He may not be wrong. The limited post-tapes polling shows that the vast majority of Republicans plan to stick with Trump. The RNC may have no choice but to carry him to term.

The rest of the campaign is going to be Trump on Trump’s terms. Buckle up.

At press time, Sen. Ted Cruz, R-Texas, has not yet rescinded his recent endorsement of Trump but is reportedly considering it. Regardless, his reluctant participation on the Trump Train could prompt a primary challenge in his 2018 re-election bid, for which the filing deadline is only 14 months away.

Other Never Trumpers, be them longtime believers like Sen. Jeff Flake, R-Arizona, or recent converts like Sen. John Thune, R-South Dakota, the third-ranked Republican in the Senate, will surely feel the wrath of Trump’s scorned base.

Most dangerously, this defection en masse gives Trump cover when — Hashem willing — he loses the election. He can now perpetuate a stab-in-the-back myth that would ascribe his loss to Republican betrayal, and not to his loony track record or history of alienating a majority of the electorate.

If the bombshell reports about Trump’s business acumen, or lack thereof, have taught us anything it’s that he is, at heart, a carny. A depraved, parasitic carny took over the GOP. I wrote the day of his nomination that it would be seen in hindsight as the date of the party’s death.

I was wrong. It was the date of the parasite taking over the host. But the host continued living, tolerating it, for a little while longer, if only in spirit. It tried to fight back on a hot October Saturday morning. It lost. And now that it’s dead, the germs merely fight over the organs.