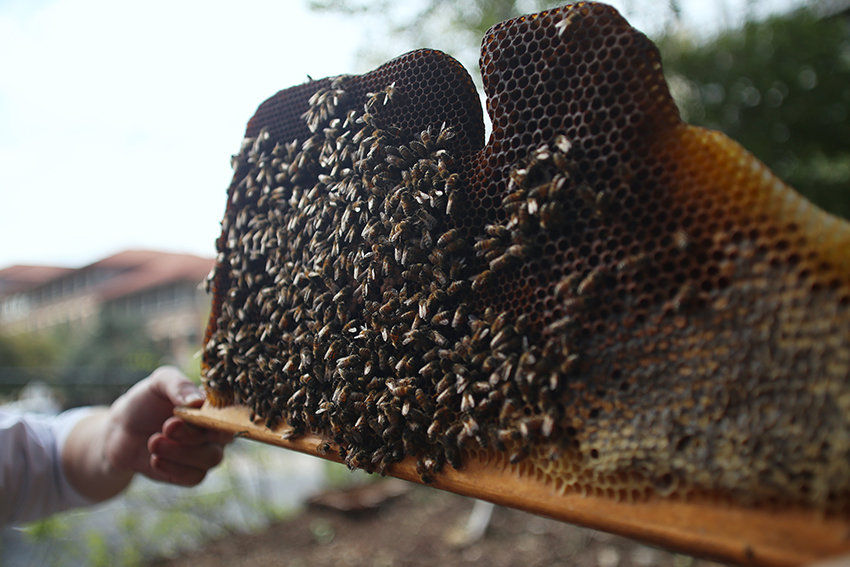 Last week seven species of Hawaiian bees were named endangered. These were the first bees in the U.S. to be placed under the protection of the Endangered Species Act, which aims to conserve threatened species and their ecosystems.

While the news of these endangered pollinators makes it seem like a new issue, the decline of bees has been on-going for years. There was a 44 percent loss of honeybee colonies between 2015 and 2016, yet the conversation around why this is happening has remained minimal.

Pollinators play a crucial role in food sustainability, with almost 90 percent of flowering plants needing the support of pollinators to grow. But the bees are not the only thing we should be concerned about — we must start at the root of the problem.

Significant factors that affect pollinators and other important species are increased land use, increased agricultural practices and climate change, all of which are induced by human action. Yet a very small percent of Americans have immediate concerns about the environment, and those who do are not likely to talk about it.

We may not be as concerned as we should because despite the evidence and information presented, there haven’t been direct, tangible consequences of the endangerment of pollinators and ecosystems in our everyday lives.

Susan Devitt, a senior research fellow with UT’s Environmental Science Institute, said that a lack of information about what is happening to species and ecosystems is not the problem. Instead, the problem lies in the difficulty of presenting the information in a way that encourages people to think about the future.

These changes are so gradual that they don’t appear to have an immediate impact on our lives. But the reality is that if we continue to ignore the problem, minor consequences for us will be serious threats to future generations. As of now, about 40 percent of invertebrate pollinators — such as bees — are facing extinction, and this number will continue to grow.

The solution lies in discussion and action. But we have a tendency to stay silent about opinions that may be controversial. Research has shown that people are less willing to talk about controversial issues — such as climate change — because they believe their peers have different opinions, a phenomena known as ‘pluralistic ignorance.’ People are often concerned they have unpopular opinions, so they stay silent which leads to a cycle that discourages discussion of important issues.

But without more meaningful conversation about these important issues, there can be no action and the problem will simply continue to grow. Eventually it won’t be just seven species of bees that are endangered, but it will be species that are crucial to our environment and the way we function as a society. So action must be taken sooner rather than later, and the conversation must happen now.