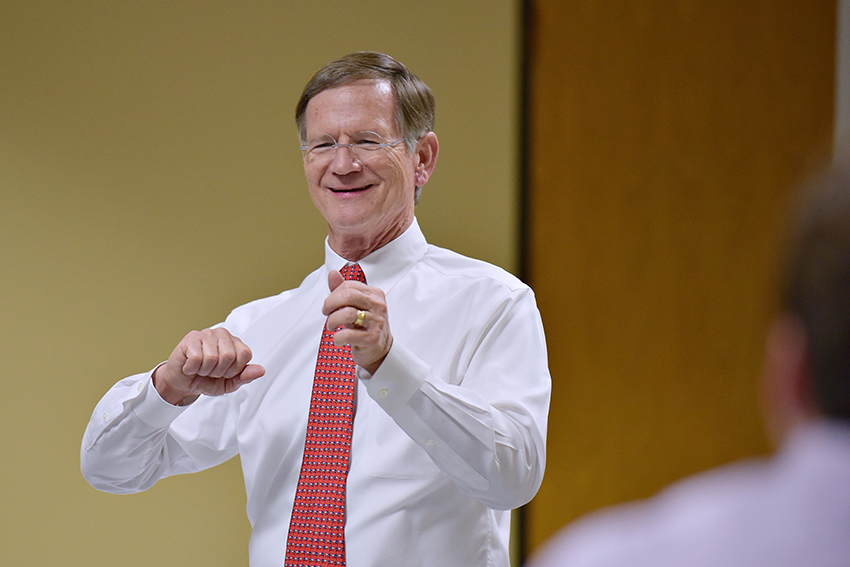 Humanity suffered gravely in 1613 when the obtuse Father Lorini attacked Galileo’s “Letters on the Solar Spots” for observing our orbit around the sun. Lorini summoned the wrath of the Catholic Church that condemned the poor astronomer to a lifetime of silence with the legacy of being a political scapegoat.

Astounding as it is, we are in the same dilemma in 2016 with the onslaught against climate science, embodied by a persistent, anti-progress force, District 21 Rep. Lamar Smith. Counterintuitively, he is also the chair of the House Committee on Science, Space, and Technology.

Last year, Smith sent a subpoena to the National Oceanic Atmospheric Association for its report reaffirming that human activity is the primary cause of global warming. He demanded that the NOAA submit all its records and internal communications regarding the report to test for political bias. Smith argues that the report provides “the basis for further action through regulations” or, more blatantly put, warns our legislators to treat climate change with more urgency.

Smith sent similar subpoenas to attorney generals of Massachusetts and New York for their ExxonMobil investigation, as well as nine other non-profit organizations involved in climate research. He purported that they could be suppressing dissenting views of climate change, such as ones shared by industry, thus violating the First Amendment.

Much to his chagrin, not only were these subpoenas ignored, but a report, drafted by the Abrams Institute for Free Expression at Yale Law School, denounced Smith’s subpoenas as “McCarthyism.” The report further argued that the subpoenas themselves and the “threat of future sanctions” suppressed the First Amendment. In fact, Smith has wielded his chairmanship with such impunity that the Committee on Science has issued more subpoenas under his rule than in all of its preceding 54-year history.

This is a man with a background in law and not in science. He assaults the very notion of scientific inquiry when he sponsored two bills that would provide federal grants for scientific research only if it advances “the national interest.” This politicizes science, reducing it to nothing more than a government tool.

Considering he has received almost $700,000 from the oil and gas industry, Smith’s conflict of interest rejects any opposing science. This can be seen in his rejection of the relationship between climate change and worsening weather disasters.

But the Congressional Budget Office reported last year that the annual $28 billion spent on hurricane damages is expected to increase to $39 billion per year in 60 years and noted that “45 percent of that increase is attributable to climate change.”

Within 40 years, our state is expected to experience a yearly cost increase of $650 million from storm-related losses across the coast, as well as suffering incalculable damage to productivity and crop yields.

But for Rep. Smith, ideology precedes science. The office he occupies has neglected our tax dollars, impeded scientific inquiry and stifled scientific data from the public. It is time to unseat Father Lorini on the Nov. 8 ballot, a curmudgeon who should be retired into our historic memory as we move forward with fewer obstructions to scientific pursuits and our struggle against climate change.