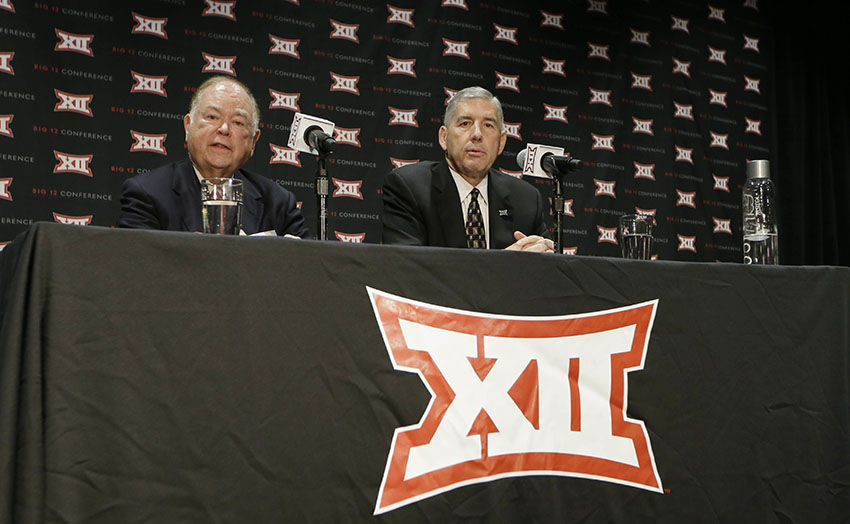 The Big 12 announced Monday evening it has decided against expanding from 10 teams. The announcement comes after months of speculation and presentations from interested schools.

Big 12 Commissioner Bob Bowlsby and Big 12 Board of Directors Chairman David Boren said they felt it wasn’t the right timing to increase the conference’s size.

“We had a very thoughtful and candid meeting which showed a great deal of strength in the conference,” Boren said. “We have a strong commitment from every single member of the board to the cohesiveness and stability of the conference.”

The meetings were devoted strictly to discussing the idea of expansion in general, and no specific schools were voted on during the discussions, according to Boren. There were 11 finalists to join the conference, including Houston, BYU and Cincinnati.

Bowlsby said he was content with the Big 12’s current makeup and the decision against expansion was a reinforcement of the Board’s confidence in the Big 12.

“Ten presidents came together in unity and came to the same conclusion,” Bowlsby said. “We like the competition model we have with the full round robin. We do a very good job in competing at the highest level, and this decision in part was a celebration. It was an endorsement and reinvestment in the strength of the 10 we have.”

While the conference has taken expansion “off the agenda” for the time being, Boren made it clear expanding from 10 members was a future possibility.

“Gathering this information has not been a waste of time,” Boren said. “Down the road, who knows? Circumstances change.”

UT President Gregory Fenves showed his support for the conference’s decision, echoing Bowlsby that the conference currently has an ideal makeup.

“Ten is the right number,” Fenves said in a statement. “It promotes a competitive balance and allows for a round-robin schedule in the different sports, which is best for our student athletes. This is the right way to ensure a strong conference moving forward.”