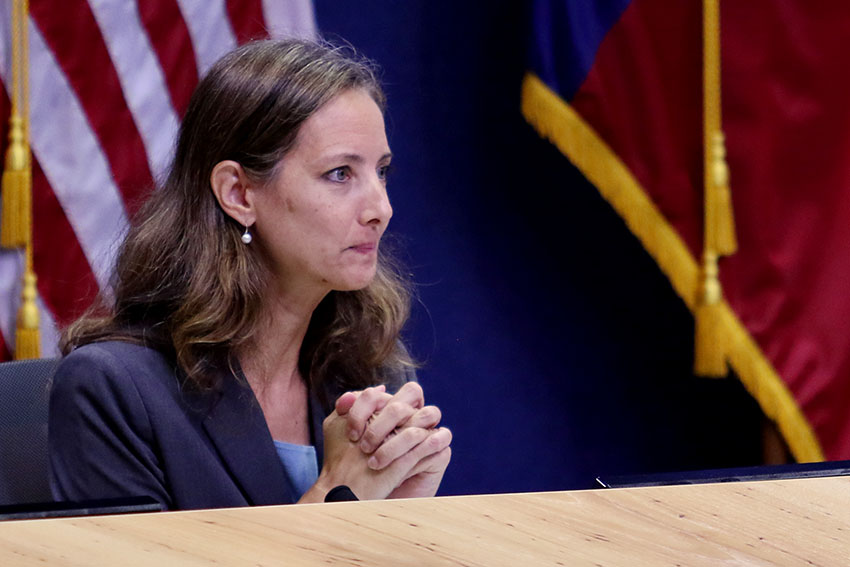 City Council will consider whether to allow these services to work on the city’s goal to divert 90 percent of waste away from Austin landfills by 2040.

According to City Council’s agenda, funding for the contracts would come from Austin Resource Recovery’s budget and may not exceed $320,000 during the 2017 fiscal year.

The city’s current contract with CD&P and Great Communicate LLC, which started in November of 2012, is set to expire Nov. 3 of this year.

According to ARR’s 2015 Community Diversion study, the city fell 8 percent short of meeting its goal of diverting 50 percent of generated waste to either recycling, compost or reuse.

“We did not make our goal, but we are making gains every year,” Harm said. “As the Universal Recycling Ordinance assess more and more business, we are seeing more … recyclables being diverted from the landfill.”

UT’s own Resource Recovery branch has a Zero Waste goal, modeled after the city’s, which aims to redirect 90 percent of waste to landfill alternatives by Aug. 31, 2020. Jennifer Hobson, UT’s zero waste coordinator, said the University is currently diverting over 50 percent of generated waste.

Hobson said several of the city’s plans are transferable to campus.

“If people are living in Austin, then they are getting trained … by the city on how to recycle, so our recycling is pretty much exactly the same as the city,” Hobson said.

“If it’s made up of multiple components, it cannot be recycled, because we cannot separate the metal from the plastic from the paper,” Harm said.

Tristan Baker, project leader of UT’s Trash to Treasure, said students must be more conscious of how much they’re buying and what they do with items they don’t need or use anymore.

“If people are just willing to reuse these perfectly good items they have or donate them to a cause that is going to use them, that is going to be the best alternative than just disposing of it,” geography junior Baker said.

Similarly, ARR has a Recycle & Reuse Drop-Off Center where items can be “recycled, reused or safely discarded,” according to the city’s website. Harm said this is one way Austinites can minimize how much they throw out.

“Try to stop the consumerism so much and the waste,” Harm said. “It’s just a way of thinking and changing your lifestyle a bit.”