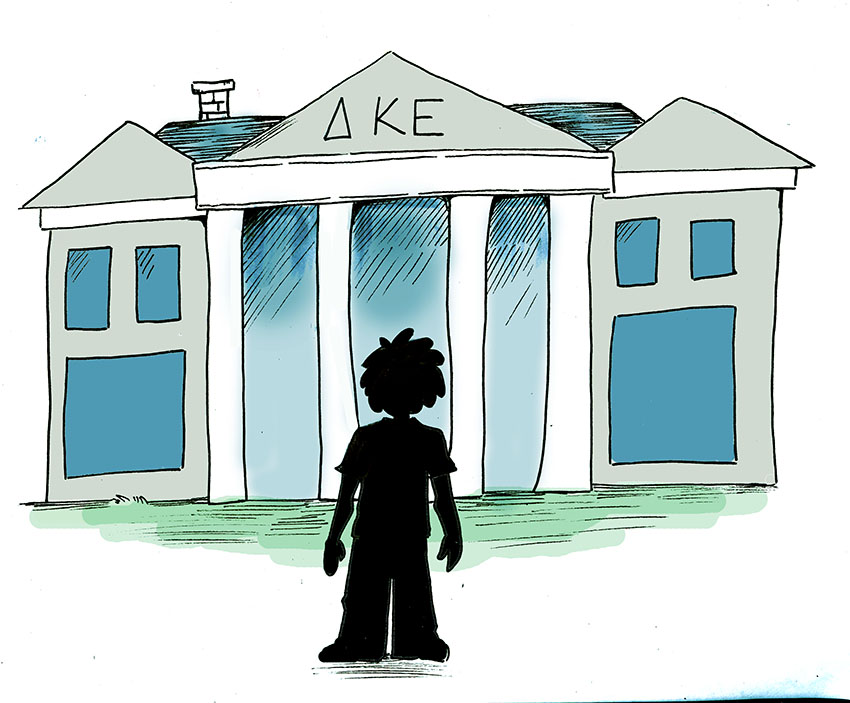 Editor’s Note: The name in this story has been changed to protect the source’s identity

When Matthew Bensen arrived on campus, he hadn’t come out and was unsure of his place at the University. But after a couple months, he found comfort in the last place he expected — a fraternity.

Bensen wasn’t sure he wanted to be a part of the larger panhellenic community because of the way he perceived some of the organizations. He was afraid the larger fraternities lacked transparency when it came to customs such as rush and was intimidated by the practices that took place behind the organization’s closed doors. Instead, he was drawn to smaller, more specialized fraternities.

“[It] appealed to me because they were transparent about what their organization was,” Bensen said. “Especially with the stigma about being gay.”

As a freshman, Bensen was worried his involvement in the music school would prevent him from participating in other extracurriculars.

“Coming into UT, I had fraternities contacting me, but I realized I could not do both,” Bensen said.

Instead, Bensen stepped out of his comfort zone and joined music fraternity Phi Mu Alpha and is rushing film fraternity Delta Kappa Alpha this semester. He found the smaller, more tightly knit communities helped him and other students find their footing in the bigger collegiate ecosystem.

“PMA does a lot of service, they sing and do a lot of events for the Deans’ office and service for the surrounding community,” Bensen said. “It was really cool to point people to [PMA] and say, ‘This is a group I’m a part of.’”

Bensen said the stigma surrounding fraternities and sororities can deter people who are looking to be accepted from joining. But the hyper-masculine connotation associated with fraternities was not representative of what Bensen experienced. Instead, the fraternal group he found was extraordinarily accepting of him and his sexuality.

“It’s so easy to go through life and let self-doubt rule your life,” Bensen said. “Everyone has a story and secrets. It was so fulfilling to see people finding themselves and seeing, oh, I’m not alone.”

As he began meeting more like-minded people in his fraternity, Bensen quickly saw his network of friends expand.

“For me, it is hard to meet people by chance — that’s just part of being a music major,” Bensen said. “To meet people outside of that takes immersion.”

Bensen hopes that no one will be deterred from getting involved in organizations based on their perceptions of them and that, regardless of sexuality, the ability to be a part of something should always be available.

“With any organization you join, there is a sense of pride,” Bensen said. “You get a sense of confidence being a part of larger things.”