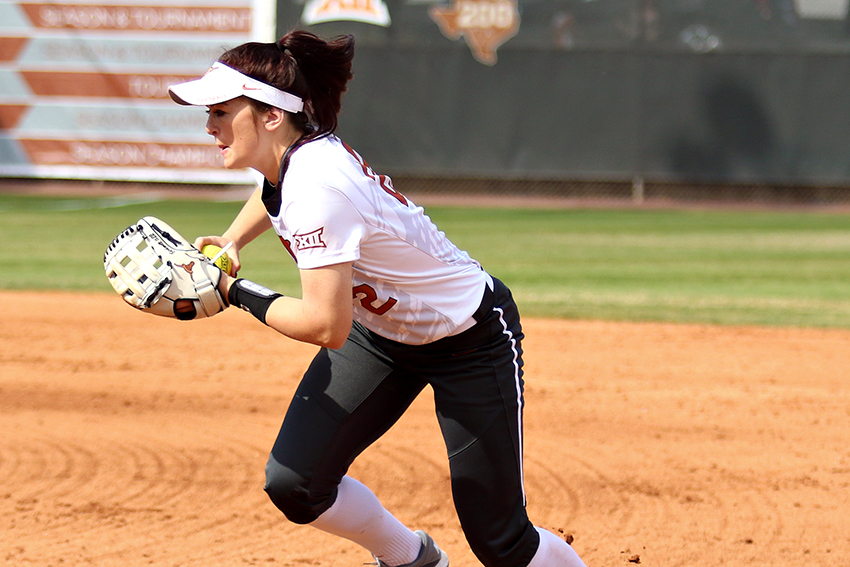 Burnt orange faithful will pack Red and Charline McCombs Field again Friday as the Longhorns take on Temple College in their second game of the fall season.

Texas put their talent on full display in their fall season opener last week against St. Edward’s, lighting up the Hilltoppers in a 12-3 victory. Still months away from the start of the regular season, the Longhorns are already making preparations for postseason contention.

“We’re working a lot on a championship mindset,” sophomore infielder Christina Bardwell said. “We’re out to win a national championship, and we’re not really going to stop until we get there.”

Next up for the Longhorns is a matchup against Temple College. Texas came out on top in a 13-0 blowout win when the two teams faced off last year.

The Longhorns hope to repeat their success from the year before as they approach this week’s matchup with a business-as-usual mentality.

“We try not to worry about who is in the other dugout,” junior pitcher Paige von Sprecken said. “We just go out and play Texas Longhorns softball.”

Texas finished with a home record of 24–5 last year, an advantage that the Longhorns look to carry over into Friday’s game.

“I definitely think we have a home field advantage,” Sprecken said. “It’s nice because we have really loyal fans, and I think we’re just comfortable here. It’ll be nice for us to have a lot of games here and take our momentum on the road.”

As the fall season progresses, the team is working on returning to regular-season form each game.

“We add [small goals] week to week, that’s kind of what we do,” head coach Connie Clark said. “There’ll be some logistical things that we’ll add in on how we go about business. We’ll build on our goals and take things a step further this week.”

First pitch for Texas’ matchup with Temple College is scheduled for 5 p.m. on Friday.