Art historian lectures on the art and excellence of Rembrandt 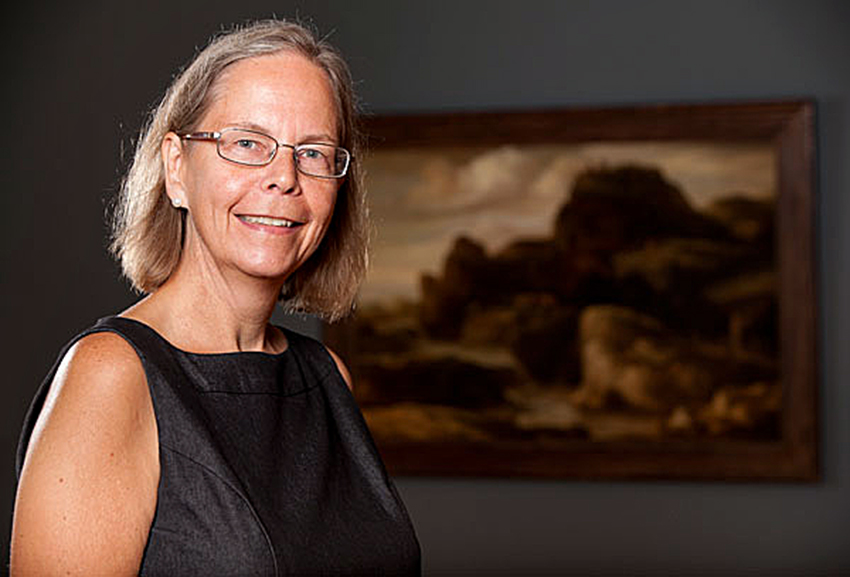 The prolific Dutch painter and printmaker Rembrandt Harmenszoon van Rijn excelled despite competition from his contemporaries, setting an example for students looking to succeed among their peers.

Stephanie Dickey, Rembrandt expert and art historian, gave a talk Monday at the Art Building highlighting Rembrandt’s artwork and his ability to succeed during the Dutch golden age.

While talking about one of Rembrandt’s portraits, Dickey said Rembrandt’s work stood out because he considered every one of his pieces new and dynamic.

“The light that plays over this laced collar, that is an event in Rembrandt’s art,” Dickey said. “[For] most professional portraitists, that would be a stock formula. Plug in the collar, plug in the hat, then get the guy to come sit for his face. Rembrandt treats every new painting as an event, and that’s one of the things that makes him special.”

Art history junior Nick Purgett asked Dickey whether Rembrandt’s change in signatures may have also contributed to his unique style.

“In the 1630s, Rembrandt is also messing around a lot with his signature,” Purgett said. “You were just talking about the uniqueness of him. Did he settle on something that was unique and distinguishing?”

In response, Dickey said Rembrandt took on an unconventional signature as another conscious attempt to distinguish himself.

“When he’s living in Leiden, he signs with his initials, RHL, Rembrandt Harmenszoon from Leiden,” Dickey said. “1633, all of a sudden he changes it to Rembrandt. Most Dutch artists sign with their last name. This is another little clue that he is setting himself above the run-of-the-mill person.”

Jeffrey Smith, Kay Fortson Chair in European Art, said Rembrandt is able to connect human nature to each of his pieces.

“I think one of the things that really appeals to audiences nowadays, and to students in some of my classes, [is that] Rembrandt has a very human touch,” Smith said. “He will find the human element, whether it’s someone’s fear, or human emotional side of things.”

Dickey said Rembrandt’s success is a worthwhile lesson to students preparing to join the workforce.