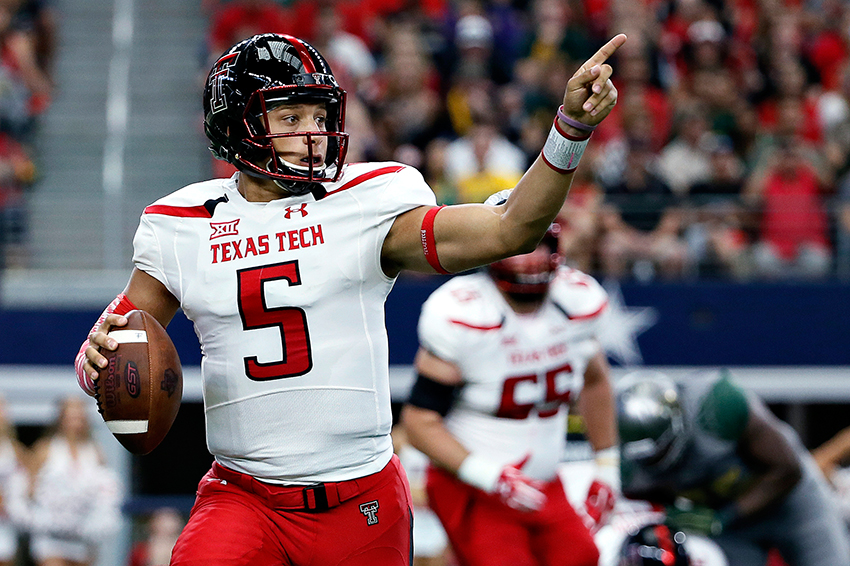 Oklahoma and Texas Tech’s offenses got off to a quick start in the first quarter and the offensive onslaught didn’t stop until the whistle blew at the end.

In Oklahoma’s 66-59 victory, the two teams combined for 1,708 offensive yards (an NCAA single-game record), including 1,279 yards through the air (another single game record). Even more surprising, Oklahoma and Texas Tech ended the game with exactly 854 offensive yards each.

Mahomes, whose 819 total yards set the NCAA record for most individual yards in a single game, won’t get much relief after passing 88 times against the Sooners. He and the Red Raiders will head to TCU next Saturday to face a down, but still decent, TCU team. Oklahoma will host Kansas with hopes to keep their undefeated conference streak going.

This was a big win in West Virginia’s push for its first Big 12 championship, while the Horned Frogs fell to 4-3 and continue to struggle — their lone win in October is a 24-23 victory over Kansas. The Mountaineers will face Oklahoma State in Stillwater, while TCU will head to Lubbock to face Texas Tech.

While the first half started off promising for Kansas in its game against Oklahoma State— the Jayhawks trailed by only four at halftime — the Cowboys capitalized on three turnovers to win 44-20. The two teams had about equal yards, but the Jayhawks’ failures at conversions and their turnovers were too much for to overcome. Kansas’ loss marks its 16th straight loss to a Big 12 team.

With the win, Oklahoma State improves to 5-2, and will look to continue its three game winning streak in a tough game against West Virginia. Kansas won’t have an easier test, as it faces Oklahoma in Norman.

At about the midpoint of the season, West Virginia and Baylor remain the only two undefeated Big 12 teams, while Oklahoma joins them as one of the three undefeated in conference play teams.

Due to the Big 12’s lack of a championship game, it’s very likely that Baylor and West Virginia will have to win out to have a chance at a playoff spot, something that will be difficult given Baylor’s and West Virginia’s backloaded schedules. There’s also a chance Oklahoma runs the table and wins the conference championship with two non-conference losses, in which case it’s likely that the Big 12 will miss the playoffs for the second time in three years.