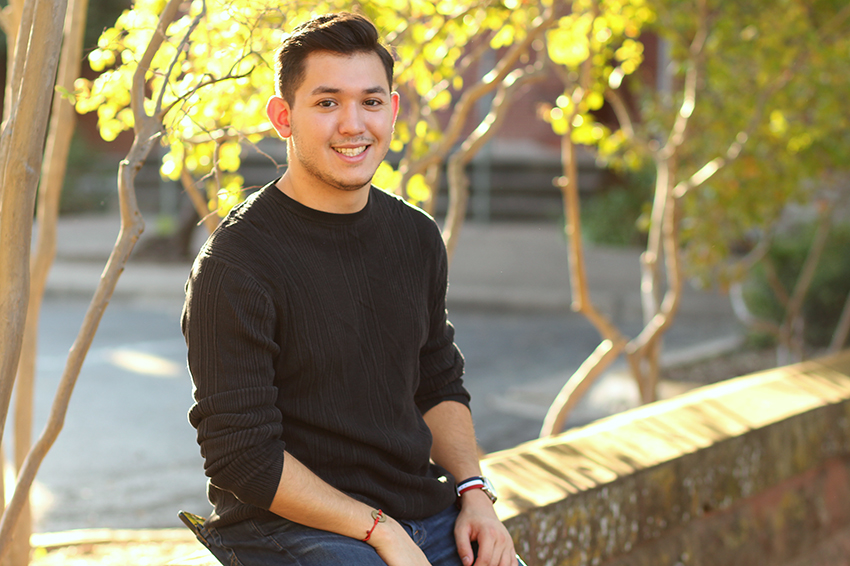 Editor’s note: This is the fifth profile of a series The Daily Texan is publishing during the 2016 election season, featuring a wide variety of student political perspectives. Beginning with the first day of early voting, Oct. 24, the series will run up until Election Day, Nov. 8.

“I’m that ‘bad hombre” Donald Trump tells you about,” said Jacob Peña, a second-generation Mexican-American, with a smile. “That’s me.”

Peña, a North Texas native and government junior, was referring to a remark made by the Republican presidential nominee Donald Trump at the third presidential debate. Peña, a self-defined liberal, said Trump’s comment underscored why he didn’t find the New York billionaire fit for the White House.

Peña said his grandmother entered the U.S. as an undocumented immigrant.

“I’m a product of immigration,” Peña said. “And when Trump said those things, that’s not what my family represents.”

Peña also serves as a state leader for the League of United Latin American Citizens, a group that aims to advance the Hispanic community’s welfare in America. He said his experiences in the organization helped him realize the importance of immigration as an issue in the election.

“These people I met in my organization are the reason immigration matters so much to me,” Peña said. “If [Trump] does the immigration plan, he’s going to deport them. And I can’t fathom that.”

So, with immigration at the top of his list, Peña said he’s casting his vote for president for Hillary Clinton, the Democratic nominee.

“Clinton has a plan for immigration, and she says she’s going to do it,” Peña said. “She said in her first 100 days, she’s going to introduce legislation for comprehensive reform. If she does that, then great.”

Peña said other reasons, including Clinton’s experience in foreign policy and public service, impacted his decision. Given the polls, Peña said he’s confident Clinton will win the presidency.

“I feel okay about how things are going to go,” Peña said. “I think Clinton’s a good leader. She knows how these things work, and I’m not afraid for our future.”