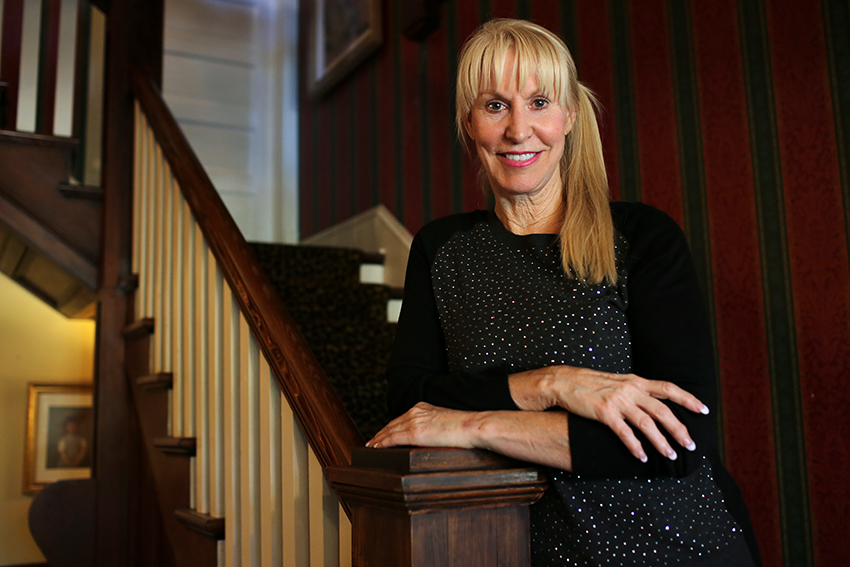 Jill Bickford, owner of Austin's Inn at Pearl Street, checks in guests, prepares the deck for twilight dinners and tidies boutique-styled rooms — all in the presence of a few friendly spirits.

“There’s another life here at The Pearl,” Bickford said. “We get phone calls from potential guests saying, ‘Now I understand that your place is haunted,’ and then we always say, ‘Well we have very good spirits here, very humorous, very friendly’ … That’s what we’d like to pass on to guests that come.”

The property, which Bickford purchased in 1994, used to be the private residence of 26th Judicial District Judge Charles A. Wilcox and his family around 1914. During the inn’s original renovations, Bickford said a plumber told her he saw a beam of light that resembled a woman in a white dress carrying twin boys up the staircase. Bickford believed the woman was Stella, Wilcox’s wife.

Although the sighting occurred years ago, Bickford is still often made aware of the spirits’ presence. Recently, she went into one of the bedrooms alone to adjust the towels on a rack before leaving momentarily. When she returned, the towels had been haphazardly pushed to the side.

“The most recent sighting was just yesterday,” Bickford said. “They’re here, they’re floating around as light and energy. I have all these questions, but I haven’t had any conversations with any of them except episodes of them letting me know they’re still here.”

According to Bickford, the spirits may have been trying to tell her to ignore her perfectionist tendencies and relax or to just give her a taste of their humor for the day. In the past, she said they have also taken on a more protective role.

Once, a disgruntled guest had trouble locking his room at the end of his stay, which Bickford believes was the spirits’ way of playing with him. As soon as he checked out, she tried the key and the door opened immediately. According to Bickford, the guest didn’t have the open-mindedness that the hotel and its spirits usually attract.

“It’s the old souls [who stay at the inn],” Bickford said. “The people that want [a] different [experience] … who love nostalgia. No one that comes here is going to get a normal experience.”

Kelly Houston, longtime friend of Bickford and operations manager for the hotel, neither confirms nor denies the existence of the spirits.

“We don’t want people going, ‘Oh God, they have ghosts there,’” Houston said. “We want them to know that it’s all in good fun. A lot of the stuff that goes on around here, you can’t explain it. At the same time, there’s probably an explanation. I don’t claim to know anything about all that, because anything is possible.”

Although Bickford and Houston initially had reservations about sharing the inn’s history with potential guests, they later decided to reveal it to those who ask.

“I think people of the new age are excited about it,” Bickford said. “They are thinking more outside the box now and it’s not so strange anymore. [It’s] more fun.”

As Bickford has become more familiar with the spirits at the inn, she has become determined to let them stay.

“I’ve never told [the spirits] to leave,” Bickford said. “They help me take care of the place and the safety of my guests. People seem to have a good energy when they leave.”