Five songs sure to (pumpkin) spice up your Halloween party 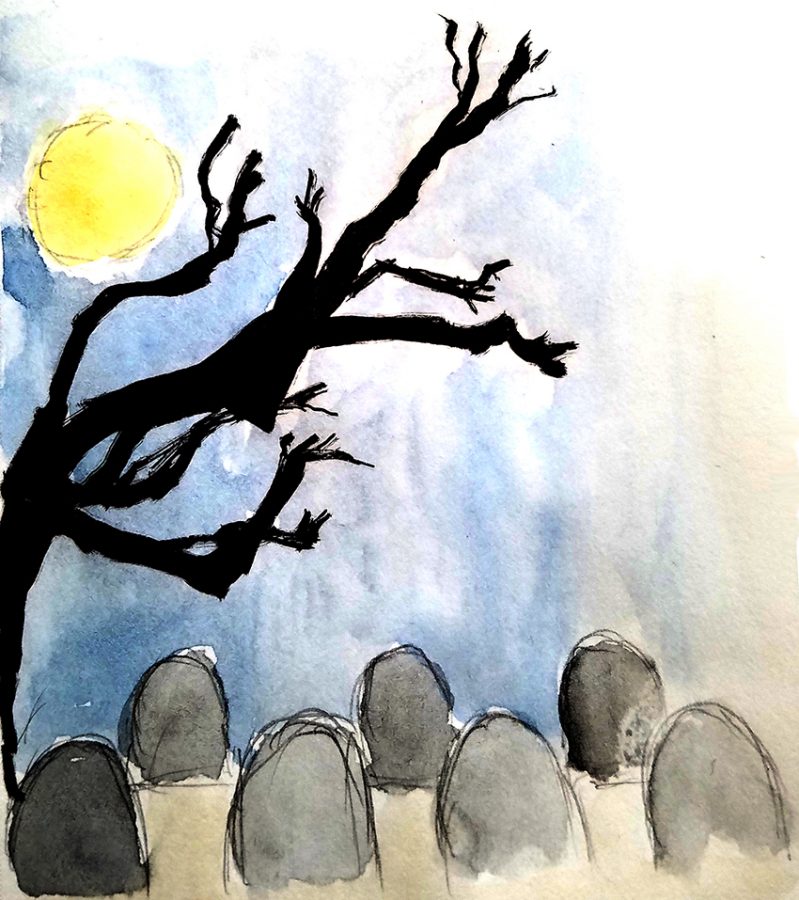 Looking for a few tunes to spook up your upcoming Halloween party? Here’s a list of five sure-fire hits.

Starting his career off with the Jackson 5, Michael Jackson stood out among the bunch as the group’s talented frontman with his voluminous set of pipes. Once Jackson kicked off his solo career, there was no turning back. The “King of Pop” combined catchy hooks and dance-infused beats to make some of the snappiest pop hits the world has seen, and “Thriller” is no exception.
Straight off the infamous album of the same name, “Thriller” is commonly known for its haunting music video, which features a short storyline where Jackson turns into both a werewolf and a zombie. The track is the ideal Halloween party hit — not only does it have a dance-worthy beat, but the song’s lyrics play directly into the
holiday’s theme.

“I Put a Spell On You” – Screamin’ Jay Hawkins (1956)
Prior to the writing of “I Put a Spell On You,” Jay Hawkins was a modest singer who wrote and performed refined love songs and blues ballads. However, after one drunken night eating ribs and chicken, Hawkins unknowingly crafted the song that would change his career, and he claimed he couldn’t even remember doing it.
The track’s success brought Jay Hawkins into the limelight, and although it wasn’t necessarily a Halloween-themed song, Hawkins capitalized on the opportunity. He planned a live show involving him rising out of a coffin, and later added live fireworks, snakes and even tusks. By creating one of the first shock rock performances of all time, he not only gave himself his nickname “Screamin’ Jay Hawkins,” but set the stage for the likes of Alice Cooper, Black Sabbath and many more shock rock acts to come.

Every Halloween, music fans are reminded of the existence of some of the punk pioneers in music. Amongst the group is The Cramps, a long-lived punk rock act out of Sacramento, California, led by Lux Interior until his death in 2009. As a part of the early CBGB movement, they were not only one of the first punk bands but were also known for their role in the creation of the niche genre psychobilly, that combines punk with rockabilly and rhythm music.
Their sole hit “Surfin’ Dead” wasn’t written for release on an album, but rather as a contracted track for the 1985 horror comedy film “The Return of the Living Dead.” The off-track featured Poison Ivy, who played both guitar and bass. Her surf-infused riffs drive the song, bringing new energy to the track and making it a straightforward crowd pleaser.

It’s hard to think about Halloween without this novelty song. Bobby Pickett accidentally ran into the inspiration for this song when he delivered a monologue on stage with his band in the style of horror actor Boris Karloff. After a warm reception from the audience, Pickett took the monologue and turned it into the song that  would define
his career.

“Monster Mash” is narrated by a mad scientist who just created a new monster. The monster rises from its resting place and manages to create a new dance, giving the scientist an idea to throw a party for all of the other monsters to show off his creation. Not only did “Monster Mash” hit No. 1 on the charts, it also became a staple of Halloween parties for decades to come.